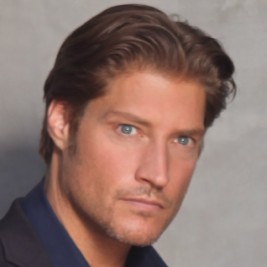 Businesses, Non-profit organizations, event planners and companies across the country have worked closely with our booking agents to hire Sean Kanan for a speaking engagements, guest appearances, product endorsements and corporate events. Many of those same clients have continued to turn to our speakers bureau as we can easily align Sean Kanan’s availability with their upcoming seminar, gala, annual conference, corporate function, and grand opening. Our close relationship with Sean Kanan’s booking agent and management team further enables us to provide inquiring clients with Sean Kanan’s speaking fee and appearance cost.

If your goal is to hire Sean Kanan to be your next keynote speaker or to be the next brand ambassador our celebrity speakers bureau can assist. If Sean Kanan’s booking fee is outside your companies budget or your unable to align with his appearance availability, our booking agents can provide you a list of talent that aligns with your event theme, budget and event date.

Sean Kanan is an American actor, best known for his portrayals of A. J. Quartermaine on General Hospital, Deacon Sharpe on The Bold and the Beautiful and The Young and the Restless, and Mike Barnes in The Karate Kid, Part III.

Kanan received his big break working for Academy Award-winning director John Avildsen in the 1989 film The Karate Kid, Part III. The following year, he starred on the Fox television series The Outsiders. In 1993, Kanan joined the ABC soap opera General Hospital as A. J. Quartermaine and was nominated for an award in the Outstanding Newcomer category by Soap Opera Digest. He left the series abruptly in 1997.

In 1999, Kanan joined the cast of the NBC soap opera Sunset Beach as Jude Cavanaugh and remained with the show until its cancellation later that year. He wrote and executive-produced Chasing Holden, distributed by Lionsgate, which starred DJ Qualls. In November 2000, he joined the cast of the CBS soap opera The Bold and the Beautiful as Deacon Sharpe, playing a character that was originally conceived as a short-term villain. In 2002, rumors surfaced that the actor was fired, but he remained with the show until early 2005 when he opted to go on a recurring status, and he last appeared February 22, 2005.

Upon his departure from The Bold and the Beautiful, Kanan starred in several feature films and competed in the third season of the Italian version of Dancing with the Stars in 2006. On July 10, 2009, Kanan reprised his role as Deacon Sharpe on the CBS soap opera The Young and the Restless.

While appearing on The Young and the Restless, he starred in the 2009 Indie film Abracadabra, which was directed by Julie Pacino (Al Pacino's daughter) and was screened at the Cannes Film Festival. In May 2010, Kanan appeared in My Trip to the Dark Side, written and directed by Shane Stanley. He later starred in the 2011 sequel My Trip Back to the Dark Side. That same year, Kanan wrote "The Modern Gentleman; Cooking and Entertaining with Sean Kanan", published by Dunham Books.

Upon leaving The Young and the Restless in January 2012, Kanan reprised his role as Deacon Sharpe on The Bold and the Beautiful. He appeared on and off from May until September 2012. Following his departure from the show, Kanan was reported to be returning to General Hospital. On October 29, 2012, Kanan returned to the role of A. J. Quartermaine on General Hospital after a 15-year absence. He was let go in early 2014, and expressed disappointment in what the writing team had come up for his character. The actor then returned to The Bold and the Beautiful as Deacon Sharpe, first airing June 13, 2014. Upon being rehired, Kanan noted that Deacon is the favorite of all the characters he played.