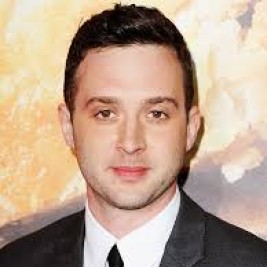 If your goal is to hire Eddie Kaye Thomas to be your next keynote speaker or to be the next brand ambassador our celebrity speakers bureau can assist. If Eddie Kaye Thomas’s booking fee is outside your companies budget or your unable to align with his appearance availability, our booking agents can provide you a list of talent that aligns with your event theme, budget and event date.

Eddie Kaye Thomas' acting career began long before that, though, winning his first stage role at age seven. Thomas has appeared onstage in productions of Four Baboons Adoring the Sun in 1992 and The Diary of Anne Frank in 1997. He graduated from New York's Professional Children's High School as a veteran of the Broadway stage.

Thomas made his onscreen debut in an episode of Law & Order in 1996 (he has appeared on the show three times) and landed a role in an independent movie called Illtown. Later, he would be featured in the film The Rage: Carrie 2 along with James Toback's controversial motion picture Black and White in which Thomas co-starred with Robert Downey, Jr. and Jared Leto.

Since American Pie, Eddie has starred in the series Off Centre with John Cho; played the title role in Canadian shock-comic Tom Green's Freddy Got Fingered; and continues stage work. He has appeared in the CSI:Crime Scene Investigation episode "No More Bets." He is currently appearing off-Broadway.

He starred once more with John Cho as Jewish character Rosenberg in Harold & Kumar Go to White Castle opposite David Krumholtz.