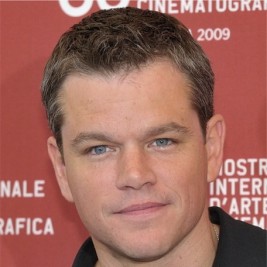 Businesses, Non-profit organizations, event planners and companies across the country have worked closely with our booking agents to hire Matt Damon for a speaking engagements, guest appearances, product endorsements and corporate events. Many of those same clients have continued to turn to our speakers bureau as we can easily align Matt Damon’s availability with their upcoming seminar, gala, annual conference, corporate function, and grand opening. Our close relationship with Matt Damon’s booking agent and management team further enables us to provide inquiring clients with Matt Damon’s speaking fee and appearance cost.

If your goal is to hire Matt Damon to be your next keynote speaker or to be the next brand ambassador our celebrity speakers bureau can assist. If Matt Damon’s booking fee is outside your companies budget or your unable to align with his appearance availability, our booking agents can provide you a list of talent that aligns with your event theme, budget and event date.

Matt Damon  is an American actor, screenwriter and producer. Damon and Ben Affleck wrote an Academy Award-winning screenplay, Good Will Hunting, for which he also received a number of Best Actor nominations. He is among Forbes magazine's most bankable stars and one of the top-40 highest-grossing actors of all time. In addition to the many awards and nominations Damon has received, such as Academy, Golden Globe and other industry awards, for his work in the film industry—in 2007, Damon received a star on the Hollywood Walk of Fame and was named the Sexiest Man Alive by People magazine.

Damon has become known for his versatility, starring in commercially and critically successful films such as the rogue secret agent Jason Bourne in the first three installments of the Bourne series, the youthful thief Linus Caldwell in the Ocean's Trilogy, the anti-hero in The Talented Mr. Ripley, a fallen angel in Dogma, a morally divided young soldier in Saving Private Ryan, and a conjoined twin in Stuck on You. He won further critical acclaim for his performances in dramas such as Syriana and The Good Shepherd, as well as for his role as a villain in the crime drama The Departed.