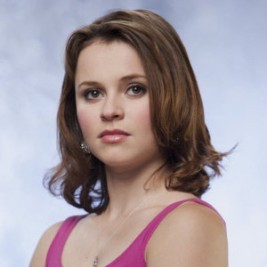 Businesses, Non-profit organizations, event planners and companies across the country have worked closely with our booking agents to hire Sasha Cohen for a speaking engagements, guest appearances, product endorsements and corporate events. Many of those same clients have continued to turn to our speakers bureau as we can easily align Sasha Cohen’s availability with their upcoming seminar, gala, annual conference, corporate function, and grand opening. Our close relationship with Sasha Cohen’s booking agent and management team further enables us to provide inquiring clients with Sasha Cohen’s speaking fee and appearance cost.

If your goal is to hire Sasha Cohen to be your next keynote speaker or to be the next brand ambassador our celebrity speakers bureau can assist. If Sasha Cohen’s booking fee is outside your companies budget or your unable to align with his appearance availability, our booking agents can provide you a list of talent that aligns with your event theme, budget and event date.

Alexandra Pauline "Sasha" Cohen is an American figure skater. She is the 2006 Olympic silver medalist, a three-time World Championship medalist, the 2003 Grand Prix Final Champion, and the 2006 U.S. Champion.

A gymnast from an early age, Cohen switched to figure skating when she was seven years old, but it wasn't until she was eleven that she began to take the sport seriously. One of her early skating coaches was Victor Yelchin, father of actor Anton Yelchin. Cohen rose to prominence in the skating community during the 2000 U.S. Championships. Just up from juniors, Cohen was first in the short program and finished second overall after the free skate, provisionally qualifying for the senior World team. A loophole in the ISU's age rules at the time would have allowed her to compete at the senior World Championships if she medaled at the World Junior Championships but she finished 6th at the junior event.

Cohen did not compete at the 2001 U.S. Nationals due to a stress fracture in her back. She resumed full training in June 2001. Cohen won the silver medal at the 2002 U.S. championships, earning her a trip to the Olympics. Cohen competed at the 2002 Winter Olympics in Salt Lake City, Utah, finishing 4th. She also finished 4th at the 2002 World Championships, held in Nagano. Cohen was coached by John Nicks in California. In the summer of 2002, Cohen moved to the East Coast to train with Tatiana Tarasova in Simsbury, Connecticut. She won her first ISU Grand Prix event at the 2002 Skate Canada and then won the 2002 Trophée Lalique. She won the silver medal at the 2002 Cup of Russia. These three placements earned her a spot to the 2002–03 Grand Prix Final, where she became the champion. At the 2003 U.S. championships she won the bronze medal, and at the 2003 World Championships, held in Washington, D.C., Cohen placed 4th, repeating her placement in the previous season. Her best season was 2003–04, when she took gold at the 2003 Skate America, at the 2003 Skate Canada and at the 2003 Trophée Lalique and won silver at the 2003–04 Grand Prix Final. In late December 2003, she changed coaches and began training with Robin Wagner in Hackensack, New Jersey. She placed second at both the 2004 U.S. Championships and the 2004 World Championships, getting a medal at Worlds for the first time in her career. In the 2004–05 season, Cohen withdrew from her Grand Prix events due to a recurring back injury. In late December 2004, Cohen decided to return to California and train again with her first coach John Nicks. She placed 2nd at the 2005 U.S. championships in Portland and the 2005 World Championships in Moscow, Russia.

Sasha Cohen started her Olympic season by placing 1st at the Campbell's International Figure Skating Challenge. Soon after she withdrew from Skate America due to a hip injury. She took 2nd place at Trophée Eric Bompard, where she fell on a triple salchow during her free skate. In 2006, Cohen overcame the flu to capture her first U.S. championship. With this victory Cohen automatically secured her place on the U.S. Olympic team for the 2006 Winter Olympics, a spot made official on January 14 of that year by the United States Figure Skating Association. At the 2006 Winter Olympics in Turin, Cohen was in 1st after the short program, leading Russia's Irina Slutskaya by a mere .03 points. In the final free skate, Cohen fell on her first jump, a triple lutz, and had her hands down on her second jump, the triple flip. She completed the rest of her elements, including five triples. Cohen finished with an Olympic silver medal, 7.98 points behind gold medalist Shizuka Arakawa of Japan. A month later at the 2006 World Championships in Calgary, Canada, Cohen was in 1st place after the short program. Completing only one jump combination and falling on the triple salchow, she placed fourth in the free skate and won the bronze medal, finishing almost ten points behind her teammate, gold medalist Kimmie Meissner. Cohen obtained level fours on all her spins and her spiral sequence. Her program component score of 61.35 was the highest of the night.