Search Efraim Halevy
Author: Man in The Shadows- Inside the Middle East Crisis with a Man who led the Mossad 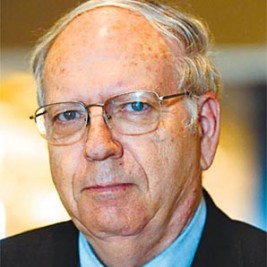 Businesses, Non-profit organizations, event planners and companies across the country have worked closely with our booking agents to hire Efraim Halevy for a speaking engagements, guest appearances, product endorsements and corporate events. Many of those same clients have continued to turn to our speakers bureau as we can easily align Efraim Halevy’s availability with their upcoming seminar, gala, annual conference, corporate function, and grand opening. Our close relationship with Efraim Halevy’s booking agent and management team further enables us to provide inquiring clients with Efraim Halevy’s speaking fee and appearance cost.

If your goal is to hire Efraim Halevy to be your next keynote speaker or to be the next brand ambassador our celebrity speakers bureau can assist. If Efraim Halevy’s booking fee is outside your companies budget or your unable to align with his appearance availability, our booking agents can provide you a list of talent that aligns with your event theme, budget and event date.

Mr. Efraim Halevy served as Head of The Center for Strategic Studies of the Hebrew University of Jerusalem from 2003 to 2011. Mr. Halevy served as the Head of Israel Secret Intelligence Service from 1998 to 2002 and Deputy Head of Israel Secret Intelligence Service from 1990 to 1995. Mr. Halevy served as Israel Ambassador to the European Union from 1996 to 1998 and National Security Advisor to Israel Prime Minister Sharon from to 2002 to 2003 , and as Head of the National Security Council from 2002 to 2003. In 1961, he joined the "Mossad" and served there for close to forty years. He served as Deputy Head of Mossad from 1990 to 1995. He serves as Chairman of Advisory Board at Mantissa Ltd. Since 2008, Mr. Halevy has served as the Chairman of the Shazar National State Center for Jewish History. He serves as a Member of Advisory Board at SMART Biotech Ltd. He serves as a Member of international boards of several Israeli start up projects. He has been an Outside Director of Azrieli Group Ltd. since August 24, 2010. Since August 2010, Mr. Halevy has been a Director of Azrieli Corporation. He served as a Director of Ability Inc. since December 23, 2015 until April 9, 2017. He served as a Director of the Mossad from 1998 to 2002. He served as a Director of ADAMA Agricultural Solutions Ltd. He served as a Board Member of Makhteshim Agan Industries Ltd. from 2004 to 200. He was member of the directorate of the "Mossad" from 1967 to 1995. He serves as Member of International Advisory Committee at Athlone Global Security Ltd. His book "Man in the Shadows" was published simultaneously in New York and London in 2006 and was translated into nine languages (Hebrew, Arabic, French, Spanish, Romanian, Hungarian, Turkish, Japanese and Chinese). He was President of the National Union of Israeli Students from 1955 to 1957. Mr. Halevy received the Director’s Award from the Central Intelligence Agency for his decades long contribution to the relations between Israel and the United States. In 2013, Mr. Halevy received the President Herzog prize for service to Israel in defense, security and diplomacy. Mr. Halevy holds M. Juris/LL.M. degree (cum laude) from the Hebrew University of Jerusalem and was awarded an honorary Ph.D. degree from Bar Ilan University.