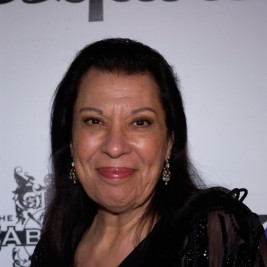 If your goal is to hire Shelley Morrison to be your next keynote speaker or to be the next brand ambassador our celebrity speakers bureau can assist. If Shelley Morrison’s booking fee is outside your companies budget or your unable to align with his appearance availability, our booking agents can provide you a list of talent that aligns with your event theme, budget and event date.

Shelley Morrison got her start on television in the early 1960s, with recurring roles on the series "The Farmer's Daughter" (ABC, 1963-67) and "Laredo" (NBC, 1965-67). On the former, Morrison played the title character's friend Molly, and on the latter she portrayed Linda Littletrees, a Native American outlaw who falls for a Texas Ranger. Episodes of "Laredo" featuring Morrison comprised the theatrical release "Three Guns for Texas" (1968). The Western genre offered the dark-haired, olive complected actress many roles, often playing Native or Latin American characters. She guested on a 1966 episode of "Gunsmoke" (CBS), had a supporting role as a Pima squaw in 1969's "Mackenna's Gold", a feature starring Gregory Peck and Omar Sharif, and acted in 1971's "Man and Boy". Westerns weren't the only features to showcase Morrison's abilities, however. She had an early film credit in the campy horror flick "Castle of Evil" (1966), playing the delightfully wicked housekeeper Lupe. The following year she was featured in "Divorce American Style", acting in the similarly-themed "How to Save a Marriage and Ruin Your Life" in 1969. 1973 saw her in the Clint Eastwood-directed May-December romantic drama "Breezy", while her role in the horror feature "Devil Times Five" (1974) would be her last big screen appearance for fifteen years. She returned to film with 1989's socialite-as-den-mother comedy "Troop Beverly Hills", an assignment that offered her such memorable lines as "We don't need no stinking patches!" Her next film was 1997's "Fools Rush In", which cast her as the aunt of Salma Hayek's lovestruck character.

While her film work has been significant, Morrison has racked up far more credits on the small screen. Prolific in the 1960s, her TV credits in the next two decades were minimal, with a featured role in "The Night They Panicked America", a 1975 TV-movie dramatization of Orson Welles notorious "The War of the Worlds" radio broadcast, an appearance in the seven-part NBC miniseries "Once an Eagle" (1976) and a role in the 1985 CBS child molestation-themed drama "Kids Don't Tell" rounding out the 20-year span. The 90s marked her successful return to television, beginning with a recurring guest role on NBC's "The Fanelli Boys" (1990). She was featured in that network's gripping, fact-based miniseries "Love, Lies and Murder" the following year, and took another NBC recurring role from 1992-1993, playing the Guatemalan housekeeper Alex (Swoosie Kurtz) tries to save from deportation on "Sisters". In 1994 she was featured in the CBS movie "Cries From the Heart" and had a 1995 three-episode recurring role on "Courthouse" (both CBS).

Morrison returned to NBC and the deported housekeeper storyline in 1999 with her portrayal of Rosario on "Will and Grace". Here her devoted employer was the acerbic tippler Karen (Megan Mullally), a zany socialite unable to show her affection in any way other than to arrange a marriage between her beloved friend and housekeeper and her sidekick Jack, an unemployed and alarmingly self-involved flamboyantly gay man. Theirs wasn't a marriage made in heaven, but the pair's affectionate onscreen sparring was among the highlights of the show. A recurring character in the 1999-2000 season, Morrison's Rosario became a regular the following fall.

In addition to an impressive resume of film and television credits, Morrison's work on stage has been extensive. The youngest theater producer in Los Angeles in the early 1960s, her credits included "Hamlet" and "Sweet Bird of Youth". She has directed plays at the Edinburgh Fringe Festival and counts over 65 stage productions among her acting credits.