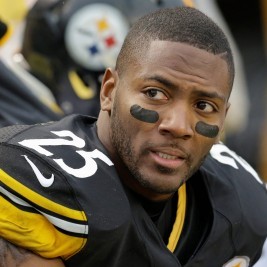 Businesses, Non-profit organizations, event planners and companies across the country have worked closely with our booking agents to hire Ryan Clark for a speaking engagements, guest appearances, product endorsements and corporate events. Many of those same clients have continued to turn to our speakers bureau as we can easily align Ryan Clark’s availability with their upcoming seminar, gala, annual conference, corporate function, and grand opening. Our close relationship with Ryan Clark’s booking agent and management team further enables us to provide inquiring clients with Ryan Clark’s speaking fee and appearance cost.

If your goal is to hire Ryan Clark to be your next keynote speaker or to be the next brand ambassador our celebrity speakers bureau can assist. If Ryan Clark’s booking fee is outside your companies budget or your unable to align with his appearance availability, our booking agents can provide you a list of talent that aligns with your event theme, budget and event date.

Ryan Clark was born October 12, 1979 in Marrero, Louisiana and is a safety for the Pittsburgh Steelers of the National Football League. He was signed by the New York Giants as an undrafted free agent in 2002. He played college football at LSU.

Clark has also played for the Washington Redskins.

In 2006, Clark made 72 tackles playing free safety for the Steelers, along with one interception and three fumble recoveries. He played 13 games and started 12 of them, missing the final three with a groin injury. During training camp before the 2007 season, he remained starter despite playing a position battle with second year Anthony Smith.

Clark ended his 2007 season early after having his spleen and gall bladder removed, after a game in the thin air of Denver caused health problems with Clark's blood due to sickle cell trait. Clark lost 30 pounds after the removal, but has returned to the Steelers in 2008.

Clark was active in the community while with the Giants, participating in the 2002 United Way  Hometown Huddle by conducting a football clinic at the Highbridge Center for members of Alianza Dominicana, a local United Way agency that services families in Washington Heights. He joined forces with students from the Leadership In Public Services High School located at Ground Zero for "Operation PaintFest." Sponsored by the Foundation for Hospital Art, the participants created paintings of hope that would later be donated to the five New York hospitals involved in the September 11th tragedies.

Clark suffers from sickle-cell trait, which can cause complications during extreme exercise conditions and hypoxia from high altitudes. In 2007 during a game against Denver at Invesco Field at Mile High, because of the altitude he had to be rushed to the hospital in the middle of the game to have his spleen and gallbladder removed. Since recovering from his crisis in 2007, Clark has been involved with sickle cell disease awareness, research, treatment and programming in Pittsburgh.

On March 31, 2014, Clark returned to Washington on a one-year contract. With DeAngelo Hall on injured reserve, he was named the team's defensive captain in his place. He recorded his only interception of the season against quarterback Andrew Luck in the loss against the Indianapolis Colts on November 30.

On February 18, 2015, Clark announced his retirement from the NFL.