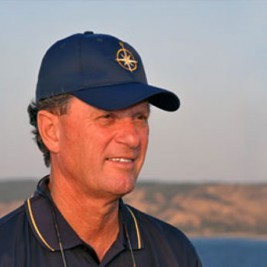 Businesses, Non-profit organizations, event planners and companies across the country have worked closely with our booking agents to hire Robert Ballard for a speaking engagements, guest appearances, product endorsements and corporate events. Many of those same clients have continued to turn to our speakers bureau as we can easily align Robert Ballard’s availability with their upcoming seminar, gala, annual conference, corporate function, and grand opening. Our close relationship with Robert Ballard’s booking agent and management team further enables us to provide inquiring clients with Robert Ballard’s speaking fee and appearance cost.

If your goal is to hire Robert Ballard to be your next keynote speaker or to be the next brand ambassador our celebrity speakers bureau can assist. If Robert Ballard’s booking fee is outside your companies budget or your unable to align with his appearance availability, our booking agents can provide you a list of talent that aligns with your event theme, budget and event date.

Dr. Ballard spent 30 years at Woods Hole Oceanographic Institution in Massachusetts, where he spearheaded the development of manned submersibles and remotely operated vehicles for marine research. While at WHOI Robert Ballard founded the Deep Submergence Laboratory.

Dr. Ballard has had an accomplished career including the creation of the JASON Project, an educational program designed to inspire in students a lifelong passion to pursue learning in science, math and technology through exploration and discovery.

Throughout his career Ballard has conducted more than one hundred deep-sea expeditions, using both manned and unmanned vehicles. In 1982 Ballard organized the Deep Submergence Laboratory at the Woods Hole Oceanographic Institute to begin developing the sophisticated remotely operated vehicle system known as Argo-Jason, a deep-towed vehicle carrying sensitive video cameras connected to the surface by fiber-optic cable through which broadcast quality images could be transmitted. Developed with support of the navy and tested in 1984, Ballard would use this system for his best-known expedition, the discovery of the RMS Titanic.

In August of 1985, Ballard as chief scientist conducted a joint French-American expedition to find the Titanic. Using the newly tested Argo, Ballard began by searching for the debris field in an area just south of where Titanic's lifeboats were found by the Carpathia. Based on extensive research, Ballard and his team conducted several sweeps of the ocean floor, finding no evidence of the wreck until the early morning hours of September 1, first seeing the Titanic's massive boiler, then pieces of hull plating, portholes, and a railing turned on its side. Ballard returned to the site in July of 1986 and dove on the Titanic wreck in the manned submersible, Alvin with the small remote vehicle Jason Jr. deployed to investigate the interior areas Alvin couldn't reach. It was during this second visit to the Titanic that Ballard placed a memorial plaque on the deck of the stern in memory of those who lost their lives in the tragedy. Ballard returned to the site in the summer of 2004 to investigate any deterioration caused by later salvage operations and by nature.

Dr. Ballard is presently developing a joint M.A./Ph.D program in the new field of archaeological oceanography at the University of Rhode Island's Graduate School of Oceanography. He is a member of the NOAA Science Advisory Board and serves as one of 16 Commissioners on the President's Commission on Ocean Policy.  His two most recent books, History of the Ancient Seafarers and Return to Titanic were published by National Geographic in 2004.