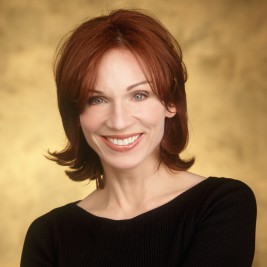 Businesses, Non-profit organizations, event planners and companies across the country have worked closely with our booking agents to hire Marilu Henner for a speaking engagements, guest appearances, product endorsements and corporate events. Many of those same clients have continued to turn to our speakers bureau as we can easily align Marilu Henner’s availability with their upcoming seminar, gala, annual conference, corporate function, and grand opening. Our close relationship with Marilu Henner’s booking agent and management team further enables us to provide inquiring clients with Marilu Henner’s speaking fee and appearance cost.

If your goal is to hire Marilu Henner to be your next keynote speaker or to be the next brand ambassador our celebrity speakers bureau can assist. If Marilu Henner’s booking fee is outside your companies budget or your unable to align with his appearance availability, our booking agents can provide you a list of talent that aligns with your event theme, budget and event date.

Marilu Henner came to prominence with the role of Elaine Nardo in the situation comedy Taxi. She was the leading lady in the 1982 film Hammett directed by Wim Wenders, produced by Francis Ford Coppola and starring her first husband Frederic Forrest. In 1983, Henner starred opposite Burt Reynolds in The Man Who Loved Women, directed by Blake Edwards. Reynolds then asked Henner to join the cast of Cannonball Run II later that year along with Shirley MacLaine and Dom DeLuise. She was the leading lady in the 1984 film Johnny Dangerously, playing love interest to Michael Keaton. In 1985 she once again appeared alongside John Travolta in Perfect. In 1991 she appeared opposite Steve Martin in L.A. Story as Trudi, a role for which she received a nomination for an American Comedy Award as the Funniest Supporting Female in a Motion Picture. From 1990 through 1994, she appeared opposite Burt Reynolds in the situation comedy Evening Shade, which also starred Ossie Davis and Hal Holbrook.

Henner has hyperthymesia and can remember the specific details of her everyday life since she was a small child. On December 19, 2010, CBS's 60 Minutes aired a segment which featured six individuals thought to have this condition. As a longtime friend of 60 Minutes correspondent Lesley Stahl, Henner was included on the show. She discussed her memory further on CBS' The Early Show, NBC's The Today Show, ABC's The View and Howard Stern's Sirius XM show. Her ninth book, Total Memory Makeover: Uncover Your Past, Take Charge of Your Future, is a New York Times best-seller and offers instruction on how people might access their own autobiographical memories; it was released on April 24, 2012. To promote Total Memory Makeover, she appeared on Anderson Live, The View, Piers Morgan Tonight, Good Morning America, CBS This Morning, The Talk, The Dr. Oz Show and numerous other radio and TV media outlets.