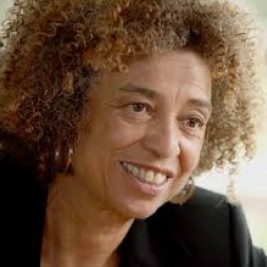 Businesses, Non-profit organizations, event planners and companies across the country have worked closely with our booking agents to hire Angela Davis for a speaking engagements, guest appearances, product endorsements and corporate events. Many of those same clients have continued to turn to our speakers bureau as we can easily align Angela Davis’s availability with their upcoming seminar, gala, annual conference, corporate function, and grand opening. Our close relationship with Angela Davis’s booking agent and management team further enables us to provide inquiring clients with Angela Davis’s speaking fee and appearance cost.

If your goal is to hire Angela Davis to be your next keynote speaker or to be the next brand ambassador our celebrity speakers bureau can assist. If Angela Davis’s booking fee is outside your companies budget or your unable to align with his appearance availability, our booking agents can provide you a list of talent that aligns with your event theme, budget and event date.

Born in 1944, in Birmingham, Alabama, Angela Davis later studied as a doctoral candidate at the University of California, San Diego, under Herbert Marcuse.  Davis joined the Communist Party in 1968 and suffered discrimination during the late 1960s for her personal political beliefs and commitment to revolutionary ideals. Davis worked to free the Soledad (Prison) Brothers, African-American prisoners held in California during the late 1960s.  On August 7, 1970, during an abortive escape and kidnap attempt from Marin Country's Hall of Justice, the trial judge and three people were killed.  Although not at the crime scene, Davis was implicated when police claimed that eh guns used had been registered in her name.  Davis fled underground and was consequently listed on the FBI's Top 10 Most Wanted Criminals list.  Californian Governor Ronald Reagan publicly vowed that Davis would never teach in that state again. Davis was captured in New York City in August, 1970, but was freed eighteen months later and cleared of all charges in 1972 by an all white jury.  During this period, an international Free Angela Davis movement had grown, and Davis used the momentum to found the National Alliance Against Racist and Political Repression, which remains active today.

Davis resumed teaching at San Francisco State University after the fiasco, and has subsequently lectured in all 50 United States, as well as internationally. Her acclaimed books exploring the institutionalization of racial politics include If They Come in the Morning: Voices of Resistance (1971), Angela Davis: An Autobiography (1980), Women, Race, and Class (1981), Women, Culture & Politics (1989), Blues Legacies & Black Feminism (1999), and The Angela Y. Davis Reader (1999). Davis now focuses on exposing racism that is endemic to the U.S. prison system (which she calls the Punishment Industry, in deference to unmonitored corporate culture and increasingly totalitarian privatization schemes) and exploring new ways to de-construct oppression and  race hatred.  She is now teaching at the University of California, Santa Cruz, where she is a professor in the History of Consciousness Department.