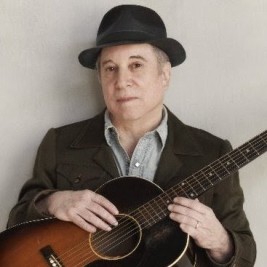 Businesses, Non-profit organizations, event planners and companies across the country have worked closely with our booking agents to hire Paul Simon for a speaking engagements, guest appearances, product endorsements and corporate events. Many of those same clients have continued to turn to our speakers bureau as we can easily align Paul Simon’s availability with their upcoming seminar, gala, annual conference, corporate function, and grand opening. Our close relationship with Paul Simon’s booking agent and management team further enables us to provide inquiring clients with Paul Simon’s speaking fee and appearance cost.

If your goal is to hire Paul Simon to be your next keynote speaker or to be the next brand ambassador our celebrity speakers bureau can assist. If Paul Simon’s booking fee is outside your companies budget or your unable to align with his appearance availability, our booking agents can provide you a list of talent that aligns with your event theme, budget and event date.

Paul Simon is an American musician, actor and singer-songwriter. Simon's fame, influence, and commercial success began as part of the duo Simon & Garfunkel, formed in 1964 with musical partner Art Garfunkel. Simon wrote nearly all of the pair’s songs, including three that reached No. 1 on the U.S. singles charts: "The Sound of Silence", "Mrs. Robinson", and "Bridge Over Troubled Water". The duo split up in 1970 at the height of their popularity, and Simon began a successful solo career as a guitarist and singer-songwriter, recording three highly acclaimed albums over the next five years. In 1986, he released Graceland, an album inspired by South African township music. Simon also wrote and starred in the film One-Trick Pony (1980) and co-wrote the Broadway musical The Capeman (1998) with the poet Derek Walcott. Simon has earned twelve Grammys for his solo and collaborative work, including a Lifetime Achievement Award.