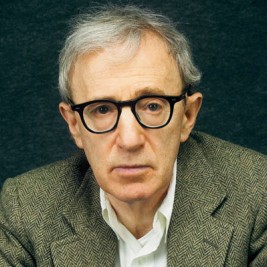 Businesses, Non-profit organizations, event planners and companies across the country have worked closely with our booking agents to hire Woody Allen for a speaking engagements, guest appearances, product endorsements and corporate events. Many of those same clients have continued to turn to our speakers bureau as we can easily align Woody Allen’s availability with their upcoming seminar, gala, annual conference, corporate function, and grand opening. Our close relationship with Woody Allen’s booking agent and management team further enables us to provide inquiring clients with Woody Allen’s speaking fee and appearance cost.

If your goal is to hire Woody Allen to be your next keynote speaker or to be the next brand ambassador our celebrity speakers bureau can assist. If Woody Allen’s booking fee is outside your companies budget or your unable to align with his appearance availability, our booking agents can provide you a list of talent that aligns with your event theme, budget and event date.

He worked as a comedy writer in the 1950s, writing jokes and scripts for television and publishing several books of short humor pieces. In the early 1960s, Allen began performing as a stand-up comedian, emphasizing monologues rather than traditional jokes. As a comedian, he developed the persona of an insecure, intellectual, fretful nebbish, which he maintains is quite different from his real-life personality. In 2004, Comedy Central ranked Allen in fourth place on a list of the 100 greatest stand-up comedians, while a UK survey ranked Allen as the third greatest comedian.

By the mid-1960s Allen was writing and directing films, first specializing in slapstick comedies before moving into dramatic material influenced by European art cinema during the 1970s, and alternating between comedies and dramas to the present. He is often identified as part of the New Hollywood wave of filmmakers of the mid-1960s to late 1970s. Allen often stars in his films, typically in the persona he developed as a standup. Some best-known of his over 40 films are Annie Hall (1977), Manhattan (1979), Hannah and Her Sisters (1986), and Midnight in Paris (2011). Critic Roger Ebert described Allen as "a treasure of the cinema."

Allen has been nominated 24 times and won four Academy Awards: three for Best Original Screenplay and one for Best Director (Annie Hall). He has more screenwriting Academy Award nominations than any other writer, and has won nine British Academy of Film and Television Arts Awards. Allen performs regularly as a jazz clarinetist at small venues in Manhattan. In 2011, PBS televised the film biography, Woody Allen: A Documentary, on the American Masters TV series.