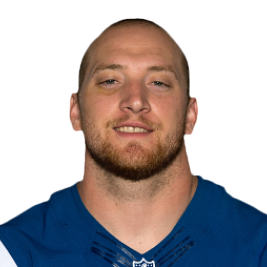 Businesses, Non-profit organizations, event planners and companies across the country have worked closely with our booking agents to hire Pat Angerer for a speaking engagements, guest appearances, product endorsements and corporate events. Many of those same clients have continued to turn to our speakers bureau as we can easily align Pat Angerer’s availability with their upcoming seminar, gala, annual conference, corporate function, and grand opening. Our close relationship with Pat Angerer’s booking agent and management team further enables us to provide inquiring clients with Pat Angerer’s speaking fee and appearance cost.

If your goal is to hire Pat Angerer to be your next keynote speaker or to be the next brand ambassador our celebrity speakers bureau can assist. If Pat Angerer’s booking fee is outside your companies budget or your unable to align with his appearance availability, our booking agents can provide you a list of talent that aligns with your event theme, budget and event date.

Pat Angerer is a former American football linebacker in the National Football League (NFL). He was drafted by the Indianapolis Colts in the second round of the 2010 NFL Draft. He played college football at Iowa.

In the 2010 NFL Draft Angerer was selected by the Indianapolis Colts with the sixty-third overall pick. Angerer finished the 2010 preseason with 36 tackles and 2 sacks. He started the season backing Gary Brackett at MLB. Angerer made his first career start during week 6 against Washington Redskins in place of an injured Brackett. Angerer had an impressive game with 11 tackles, a sack and 2 passes defended. In 2011, Angerer was the starting middle linebacker for all 16 regular season games and he led the Colts in tackles with 148. On July 22, 2014, Angerer signed a one-year contract with the Atlanta Falcons. He was subsequently released by the Falcons for final roster cuts before the start of the 2014 season. On October 14, 2014, Angerer announced his retirement