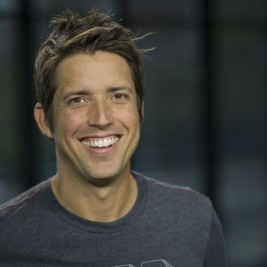 Businesses, Non-profit organizations, event planners and companies across the country have worked closely with our booking agents to hire Nick Woodman for a speaking engagements, guest appearances, product endorsements and corporate events. Many of those same clients have continued to turn to our speakers bureau as we can easily align Nick Woodman’s availability with their upcoming seminar, gala, annual conference, corporate function, and grand opening. Our close relationship with Nick Woodman’s booking agent and management team further enables us to provide inquiring clients with Nick Woodman’s speaking fee and appearance cost.

If your goal is to hire Nick Woodman to be your next keynote speaker or to be the next brand ambassador our celebrity speakers bureau can assist. If Nick Woodman’s booking fee is outside your companies budget or your unable to align with his appearance availability, our booking agents can provide you a list of talent that aligns with your event theme, budget and event date.

Nick Woodman is the founder and CEO of GoPro.

While on hiatus in Australia and Indonesia on a surf trip, he used a 35mm camera attached to the palm of his hand by a rubber band to try and capture his surfing activities on film. Seeing that amateur photographers like him - who wanted to capture quality action photos of their activities - had difficulties because either they could not get close enough to the action or were unable to purchase quality equipment at affordable prices, his trip became his inspiration to found GoPro. His solution was to develop a belt that would attach the camera to the body. Woodman and his future wife Jill financed the business by selling shell necklaces they bought in Bali (for $1.90) from their car along the California coast (for $60). His mother loaned him $35,000 and let him borrow her sewing machine, which he used to sew camera straps while experimenting with early designs. His dad loaned him an additional $200,000, which Woodman immediately paid back out of company sales. His desire for a camera system that could capture close up footage inspired the 'GoPro' name. The original cameras he developed were point-and-shoot 35mm film cameras which mounted to the user's wrist. The product has since evolved into a compact digital camera that supports WiFi, can be remotely controlled, has waterproof housing, records to a micro SD card, and is affordable to the average action sports enthusiast ($200–$400). In 2004, he made his first big sale when a Japanese company ordered 100 cameras at a sports show. Thereafter, sales doubled every year, and in 2012, GoPro sold 2.3 million cameras. In December 2012, the Taiwanese contract manufacturer Foxconn purchased 8.88% of the company for $200 million which set the market value of the company at $2.25 billion making Woodman, who owned the majority of the stock, a billionaire. On June 26, 2014, GoPro went public - closing the day at $31.34 a share.