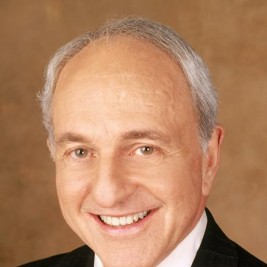 Businesses, Non-profit organizations, event planners and companies across the country have worked closely with our booking agents to hire Myron Kandel for a speaking engagements, guest appearances, product endorsements and corporate events. Many of those same clients have continued to turn to our speakers bureau as we can easily align Myron Kandel’s availability with their upcoming seminar, gala, annual conference, corporate function, and grand opening. Our close relationship with Myron Kandel’s booking agent and management team further enables us to provide inquiring clients with Myron Kandel’s speaking fee and appearance cost.

If your goal is to hire Myron Kandel to be your next keynote speaker or to be the next brand ambassador our celebrity speakers bureau can assist. If Myron Kandel’s booking fee is outside your companies budget or your unable to align with his appearance availability, our booking agents can provide you a list of talent that aligns with your event theme, budget and event date.

Myron Kandel, who was part of CNN's original launch team in 1980, has been instrumental in the growth and development of CNN Financial News. He started his 48-year career in journalism as a copy boy at The New York Times, working nights while completing his senior year at Brooklyn College and then while earning a master's degree from the Columbia School of Journalism. Upon graduation, he was promoted to copy editor at the Times and later became a financial reporter.

After reporting for The New York Times, Myron Kandel became business editor of the Washington Star and then became Bonn-based foreign correspondent for the New York Herald Tribune. He returned to the United States to become the Tribune's financial editor, serving in that post until the paper folded in 1966. He then became editor and president of The New York Law Journal. He subsequently served as the founding editor and publisher of several financial newsletters, including The Wall Street Letter, Review of the Financial Press and The Corporate Shareholder.

From 1976 to 1982, Myron Kandel co-authored The Greer/Kandel Report, a syndicated financial column that appeared in leading papers around the country. He was also financial editor of the New York Post from 1977 to 1979, when he left to launch CNN.

Myron Kandel is the author of How To Cash in on the Coming Stock Market Boom, published in January 1982, which accurately forecasted the bull market that began that August. He has also written a wealth of magazine articles, and has been published in Harper's, Institutional Investor, The New York Times Book Review, Finance Magazine, Nation's Business and The Bulletin of the American Society of Newspaper Editors.

Myron Kandel has taught journalism at Columbia University and the City College of New York and lectures frequently around the world. He is the recipient of the Columbia Journalism Alumni Award, the New York Financial Writers' Association's Elliot V. Bell Award for outstanding contribution to financial journalism, the ICI Education/American University Journalism Award for excellence in personal finance reporting, and the Distinguished Achievement Award of the Society of Business Editors and Writers.