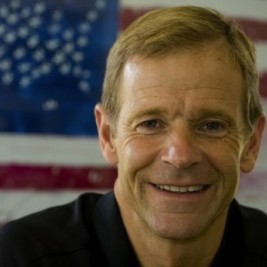 Businesses, Non-profit organizations, event planners and companies across the country have worked closely with our booking agents to hire Peter Vidmar for a speaking engagements, guest appearances, product endorsements and corporate events. Many of those same clients have continued to turn to our speakers bureau as we can easily align Peter Vidmar’s availability with their upcoming seminar, gala, annual conference, corporate function, and grand opening. Our close relationship with Peter Vidmar’s booking agent and management team further enables us to provide inquiring clients with Peter Vidmar’s speaking fee and appearance cost.

If your goal is to hire Peter Vidmar to be your next keynote speaker or to be the next brand ambassador our celebrity speakers bureau can assist. If Peter Vidmar’s booking fee is outside your companies budget or your unable to align with his appearance availability, our booking agents can provide you a list of talent that aligns with your event theme, budget and event date.

Peter Vidmar is an American gymnast and Olympic medalist. He won gold medals in the men's all-around team competition and the pommel horse competition, as well as a silver medal in the men's all-around individual gymnastics competition at the 1984 Summer Olympic Games in Los Angeles. He was born in Los Angeles. He was inducted into the U.S. Olympic Hall of Fame. He has a total of three Olympic medals: two golds and a silver. Peter is one of only three athletes inducted into the U.S. Olympic Hall of Fame twice: first as an individual, then as a member of the historic 1984 U.S. men's gymnastics team. He also was the highest-scoring American gymnast in Olympic history.

He is an alumnus of UCLA. In 1983, Vidmar won the Nissen Award (the "Heisman" of men's gymnastics).

Vidmar hosts the Annual Peter Vidmar Men's Gymnastics Invitational at Brentwood School in Los Angeles. Peter has been a gymnastics anchor for both CBS and ESPN. He is currently a motivational speaker as well as a co-chairman of the U.S. Olympic Committee Summer Sports Summit. In 1998 Vidmar was inducted into the International Gymnastics Hall of Fame. He was named chairman of the U.S. Gymnastics Board of Directors in December 2008.

He is a member of The Church of Jesus Christ of Latter-day Saints.

Vidmar was selected to be the chef de mission for the 2012 Olympics, where he would have represented all U.S. athletes and marched in the opening ceremonies. His selection drew criticism from LGBT activists and athletes, including Olympic figure skater Johnny Weir, because in 2008 Vidmar donated money to and publicly campaigned for Proposition 8 that banned same-sex couples from being married in California. Vidmar decided several days after his selection to decline the appointment. Vidmar chose not to allow others to create a distraction that might hinder the US "Olympic family".