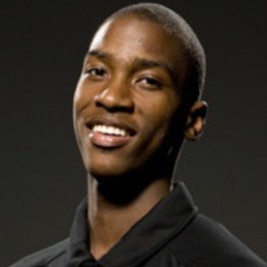 If your goal is to hire Michael Kidd-Gilchrist to be your next keynote speaker or to be the next brand ambassador our celebrity speakers bureau can assist. If Michael Kidd-Gilchrist’s booking fee is outside your companies budget or your unable to align with his appearance availability, our booking agents can provide you a list of talent that aligns with your event theme, budget and event date.

In the first game of the 2011-12 season and his career as a Wildcat, Kidd-Gilchrist was a starter and scored 15 points on 5 of 9 shooting against the Marist Red Foxes. In his second game against the 11th ranked Kansas Jayhawks, Kidd-Gilchrist scored 12 points and pulled down nine rebounds in a 75-65 victory in Madison Square Garden. In a rivalry game against the 5th ranked North Carolina Tar Heels in Rupp Arena, Kidd-Gilchrist lead Kentucky in scoring with 17 points and had 11 rebounds, giving him his first double double as a Wildcat. Against the 4th ranked Louisville Cardinals, Kidd-Gilchrist turned in his most dominating performance of the season with 24 points and 19 rebounds, shooting a career high 13 free throws and having his first zero-turnover game at Kentucky. This was enough to lead Kentucky to a 69-62 victory in Lexington. He has been described by Coach Calipari as the hardest working member of his elite team.

In April 2012, Michael declared for the 2012 NBA draft. On June 28, he was drafted second overall by the Charlotte Bobcats. On July 7, 2012, the Bobcats signed Kidd-Gilchrist to a rookie scale contract. On November 10, 2012, Kidd-Gilchrist recorded his first career double-double in a 101-97 win against the Dallas Mavericks. He had 25 points and 12 rebounds. This makes him one of only five players under the age of 20 to record 25+ points and grab 12+ rebounds in their careers, and the second youngest to do it behind LeBron James. On February 2, 2013, Kidd-Gilchrist suffered a concussion after a collision with a teammate in a game against the Houston Rockets. On May 14, 2013, the NBA named Kidd-Gilchrist to the 2012–13 All-Rookie second team.