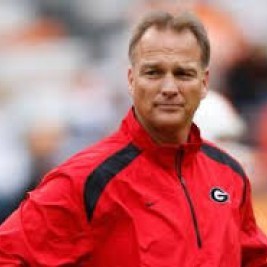 Businesses, Non-profit organizations, event planners and companies across the country have worked closely with our booking agents to hire Mark Richt for a speaking engagements, guest appearances, product endorsements and corporate events. Many of those same clients have continued to turn to our speakers bureau as we can easily align Mark Richt’s availability with their upcoming seminar, gala, annual conference, corporate function, and grand opening. Our close relationship with Mark Richt’s booking agent and management team further enables us to provide inquiring clients with Mark Richt’s speaking fee and appearance cost.

If your goal is to hire Mark Richt to be your next keynote speaker or to be the next brand ambassador our celebrity speakers bureau can assist. If Mark Richt’s booking fee is outside your companies budget or your unable to align with his appearance availability, our booking agents can provide you a list of talent that aligns with your event theme, budget and event date.

Mark Richt graduated from Boca Raton High School in Boca Raton, Florida where he was a star quarterback. He played for the University of Miami in the early 1980s, graduating in 1982. He served as backup quarterback to future NFL Hall of Fame quarterback Jim Kelly, although an injury early in the 1981 season put Richt in the starting role for most of the season.

Richt was hired as head coach of the Georgia Bulldogs before the 2001 season, replacing Jim Donnan. He was formerly the offensive coordinator for the Florida State Seminoles, serving under Bobby Bowden. While at Florida State, he coached two Heisman Trophy winners at quarterback in Charlie Ward and Chris Weinke, and was part of two national championships (1993 and 1999) as an assistant coach.

Richt's years at the University of Georgia have resulted in 2 Southeastern Conference Championships (2002 and 2005) as well as runner-up in 2003. Richt's run at Georgia has been the most successful of any coach since Vince Dooley in the early 1980's.