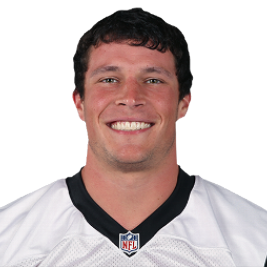 Businesses, Non-profit organizations, event planners and companies across the country have worked closely with our booking agents to hire Luke Kuechly for a speaking engagements, guest appearances, product endorsements and corporate events. Many of those same clients have continued to turn to our speakers bureau as we can easily align Luke Kuechly’s availability with their upcoming seminar, gala, annual conference, corporate function, and grand opening. Our close relationship with Luke Kuechly’s booking agent and management team further enables us to provide inquiring clients with Luke Kuechly’s speaking fee and appearance cost.

If your goal is to hire Luke Kuechly to be your next keynote speaker or to be the next brand ambassador our celebrity speakers bureau can assist. If Luke Kuechly’s booking fee is outside your companies budget or your unable to align with his appearance availability, our booking agents can provide you a list of talent that aligns with your event theme, budget and event date.

Luke August Kuechly was born April 20, 1991 and is an American football linebacker for the Carolina Panthers of the National Football League (NFL). He played college football for Boston College, and was a three-time All-American. He was selected by the Panthers with the 9th overall pick of the first round of the 2012 NFL Draft. Kuechly won the Associated Press 2012 NFL Defensive Rookie of the Year award. Kuechly was born in Cincinnati, Ohio, and grew up in Evendale, Ohio. He attended St. Xavier High School in Cincinnati, where he played linebacker and safety for head coach Steve Specht. As a junior in 2007 he had 147 tackles, six sacks, two forced fumbles, three fumble recoveries, two interceptions, and a touchdown as a linebacker. He helped his team go 15-0 and win the Division 1 state title in 2007. As a senior in 2008 he had 130 tackles, a sack, three forced fumbles, two fumble recoveries and an interception. Kuechly was a two-time All Greater Catholic League selection at St. Xavier, gaining first-team honors in 2008. Regarded as a three-star recruit, Kuechly was listed as the No. 44 outside linebacker prospect in the class of 2009, which was headed by Jelani Jenkins and Nico Johnson. After official visits to Boston College, Virginia, Duke, and Stanford, Kuechly committed to the Eagles in January 2009.