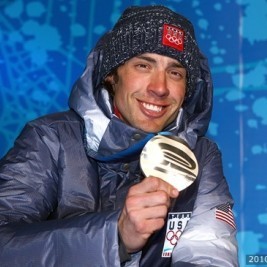 If your goal is to hire Johnny Spillane to be your next keynote speaker or to be the next brand ambassador our celebrity speakers bureau can assist. If Johnny Spillane’s booking fee is outside your companies budget or your unable to align with his appearance availability, our booking agents can provide you a list of talent that aligns with your event theme, budget and event date.

Johnny Spillane was born November 24, 1980 and is an American  athlete who competes in Nordic combined, a combination event consisting of ski jumping and cross country skiing. Born in Steamboat Springs, Colorado, Spillane began skiing at the age of two and became interested in ski jumping when he witnessed it at a venue near his house. His first attempt at ski jumping was at age 11, by 1998 he made the United States Olympic team in Nordic combined, although he did not end up competing in any events. By 1999, he was competing for the United States at World Ski Championship events and made a second appearance on the United States Olympic team in 2002.

The following year, he won the first ever gold medal won by an American at the World Ski Championships, placing first in the 7.5k sprint event. Injuries sidelined him during the 2005 World Championships, so he was unable to defend his title, and the following years saw disappointing finishes for Spillane at a number of events including the 2006 Winter Olympics. However, he again made the Olympic team for the 2010 Winter Olympics in Vancouver, Canada. In the individual normal hill/10 km event at the Vancouver Winter Olympic Games, Spillane won the silver medal after being passed near the finish line by Jason Lamy-Chappuis, the gold medalist. The race set a number of records. It was the first medal ever won by an American in the Nordic combined, and only the third in any Nordic sport, and the .4 second difference between Lamy-Chappuis and Spillane is the closest Nordic combined finish in Olympic history.