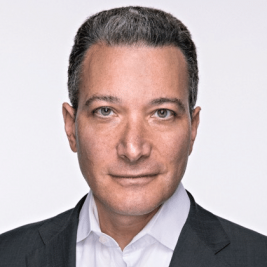 Businesses, Non-profit organizations, event planners and companies across the country have worked closely with our booking agents to hire Jeffrey Rosen for a speaking engagements, guest appearances, product endorsements and corporate events. Many of those same clients have continued to turn to our speakers bureau as we can easily align Jeffrey Rosen’s availability with their upcoming seminar, gala, annual conference, corporate function, and grand opening. Our close relationship with Jeffrey Rosen’s booking agent and management team further enables us to provide inquiring clients with Jeffrey Rosen’s speaking fee and appearance cost.

If your goal is to hire Jeffrey Rosen to be your next keynote speaker or to be the next brand ambassador our celebrity speakers bureau can assist. If Jeffrey Rosen’s booking fee is outside your companies budget or your unable to align with his appearance availability, our booking agents can provide you a list of talent that aligns with your event theme, budget and event date.

Jeffrey Rosen is the President and Chief Executive Officer of the National Constitution Center, a nonpartisan nonprofit organization whose mission is to educate the public about the U.S. Constitution. Located steps from Independence Hall in Historic Philadelphia, the Center engages millions of citizens as an interactive museum, national town hall, and provider of nonpartisan resources for civic education. Rosen became President and CEO in 2013 and has developed the Center’s acclaimed Interactive Constitution, which brings together the top conservative and liberal legal scholars in America to discuss areas of agreement and disagreement about every clause of the Constitution. The online resource has received more than 15 million hits since launching in 2015.

Rosen is also professor at The George Washington University Law School and a contributing editor of The Atlantic. He is a highly regarded journalist whose essays and commentaries have appeared in the New York Times Magazine, on National Public Radio, in the New Republic, where he was the legal affairs editor, and The New Yorker, where he was a staff writer. The Chicago Tribune named him one of the 10 best magazine journalists in America and a reviewer for the Los Angeles Times called him “the nation’s most widely read and influential legal commentator.”

Rosen is the author of six books including, most recently, a biography of William Howard Taft, published as part of the American Presidents Series. His other books include Louis D. Brandeis: American Prophet; The Supreme Court: The Personalities and Rivalries that Defined America; The Most Democratic Branch: How the Courts Serve America; The Naked Crowd: Reclaiming Security and Freedom in an Anxious Age; and The Unwanted Gaze: The Destruction of Privacy in America. He is co-editor of Constitution 3.0: Freedom and Technological Change.

Rosen is a graduate of Harvard College; Oxford University, where he was a Marshall Scholar; and Yale Law School.