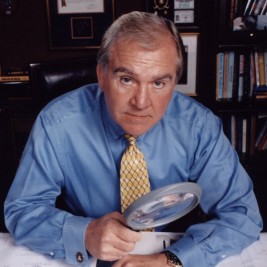 Businesses, Non-profit organizations, event planners and companies across the country have worked closely with our booking agents to hire John Douglas for a speaking engagements, guest appearances, product endorsements and corporate events. Many of those same clients have continued to turn to our speakers bureau as we can easily align John Douglas’s availability with their upcoming seminar, gala, annual conference, corporate function, and grand opening. Our close relationship with John Douglas’s booking agent and management team further enables us to provide inquiring clients with John Douglas’s speaking fee and appearance cost.

If your goal is to hire John Douglas to be your next keynote speaker or to be the next brand ambassador our celebrity speakers bureau can assist. If John Douglas’s booking fee is outside your companies budget or your unable to align with his appearance availability, our booking agents can provide you a list of talent that aligns with your event theme, budget and event date.

He has assisted police throughout the United States and around the world with profiles, investigative techniques and proactive strategies in hunting some of the most notorious and sadistic criminals of our time: the Trailside Killer in San Francisco, the Atlanta child murderer, the Tylenol poisoner, the man who hunted prostitutes for sport in the woods of Alaska, and Seattle’s Green River killer, the case that nearly ended his own life.

He developed the first psychological profile of the Unabomber, but found the FBI wary of his pioneering techniques. His aggressive plan of action was ignored.

He has confronted, interviewed, and studied dozens of serial killers and assassins for a landmark study — including Charles Manson, Sirhan Sirhan, Richard Speck, John Wayne Gacy, “Son of Sam” David Berkowitz and James Earl Ray — to get inside their minds; to understand their motives, motivations and methods.

He is able to think as both predator and prey. He examines a crime scene and creates profiles of the perpetrators, describing their habits and predicting their next moves. Ultimately, when his work has helped snare the criminals, he can help build strategy for interrogating and prosecuting them.

He is former Special Agent John Douglas, a legendary figure in law enforcement and the model for Scott Glenn’s Agent Jack Crawford character in The Silence of the Lambs. He was also director Jonathan Demme’s original choice to play the role, but the Bureau wouldn’t allow it.  As chief of the FBI’s Investigative Support Unit, the team that tackled the most baffling and senseless of unsolved violent crimes, Douglas is the man who ushered in a new age in behavioral science and criminal profiling.

In his national best sellers with Mark Olshaker, beginning with MINDHUNTER, Douglas takes a fascinating inside look at some of the most intriguing criminal cases of our time and helps us learn how to anticipate potential violent behavior before it’s too late. Drawing from his long and extraordinary career, Douglas takes us inside the struggle between his elite squad of investigators and a chilling rogues gallery of assailants, in a surreal chess match with life-and-death consequences.

Since his retirement from the FBI, he has remained active as an author, speaker and independent investigator. His work on the 1996 JonBenet Ramsey murder case in Boulder, Colorado, led to a completely different conclusion than the police, district attorney and FBI theory and added to the national controversy over the crime. He has conducted extensive prison interviews with violent predators for various law enforcement agencies and parole boards. Douglas was a key member of the defense team whose efforts led to the release of the West Memphis Three; he also conducted a complete analysis of the Meredith Kercher murder case in Perugia, Italy, concluding that Amanda Knox and Raffaele Sollecito were completely innocent. As a result of his work in West Memphis, director Peter Jackson engaged him to consult on The Lovely Bones and advise actor Stanley Tucci on playing a sadistic predator. The Ramsey, West Memphis Three and Kercher-Knox cases are detailed in LAW & DISORDER, to be published February 2013 by Kensington Publishing Corp. Douglas is also prominently featured in Peter Jackson-Sony Classic Pictures documentary West of Memphis, released in theaters December 2012.

Together with former FBI Special Agent Robert K. Ressler and Dr. Ann Burgess, Douglas conducted a landmark study of predators, published in book form as SEXUAL HOMICIDE: Patterns and Motives, and CRIME CLASSIFICATION MANUAL, currently in its second edition with a third edition in preparation, and used by law enforcement professionals throughout the world. He and Olshaker wrote the opening chapter for the first-of-its-kind textbook, FORENSIC EMERGENCY MEDICINE, recently revised for the second edition. MINDHUNTER is currently under option for an HBO pilot with director David Fincher.