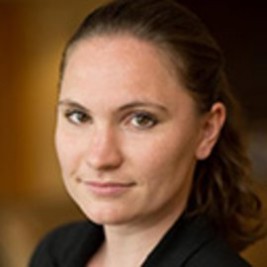 Businesses, Non-profit organizations, event planners and companies across the country have worked closely with our booking agents to hire Lauren Burke for a speaking engagements, guest appearances, product endorsements and corporate events. Many of those same clients have continued to turn to our speakers bureau as we can easily align Lauren Burke’s availability with their upcoming seminar, gala, annual conference, corporate function, and grand opening. Our close relationship with Lauren Burke’s booking agent and management team further enables us to provide inquiring clients with Lauren Burke’s speaking fee and appearance cost.

If your goal is to hire Lauren Burke to be your next keynote speaker or to be the next brand ambassador our celebrity speakers bureau can assist. If Lauren Burke’s booking fee is outside your companies budget or your unable to align with his appearance availability, our booking agents can provide you a list of talent that aligns with your event theme, budget and event date.

Lauren A. Burke is the executive director and co-founder of Atlas: DIY (Developing Immigrant Youth), a cooperative empowerment center for immigrant youth and their allies. She is also the supervising staff attorney at the New York Asian Women’s Center (NYAWC), and adjunct clinical professor at Brooklyn Law School. Since graduating from NYU School of Law in 2009, Burke has pioneered unique legal techniques to empower young immigrants in the often-uncharted territories of child trafficking from China and undocumented Dream Act eligible youth.

In 2009, Burke was awarded a prestigious Skadden Fellowship to work at The Door, which allowed her to work with child labor trafficking victims from China. In 2011, Burke was asked to found the legal department at NYAWC, a 30-year-old organization that represents thousands of women each year. Burke has since represented over 100 women and child survivors of domestic violence, sexual assault, and human trafficking, winning appeals and presenting to immigration courts and law enforcement on the identification of trafficked youth in the United States.

While at The Door, Burke founded the Immigrant Youth Peer Empowerment Program, which later became Atlas: DIY. Atlas’ mission is to empower undocumented youth to become their own advocates for change. Atlas’ YouTube channel, which features Burke educating “Dreamers,” has amassed more than 75,000 views since its launch in 2012. Most recently, Burke was hired to create and run the immigrant youth clinic at Brooklyn Law School, where she and her students focus on representing young people in Deferred Action for Childhood Arrivals proceedings and trauma-based legal remedies.

Burke’s work was featured in the documentary Walking Merchandise, and has been featured in numerous national media outlets. She has published work on immigrant and youth issues in law journals, for foreign embassies, and for non-government organization reports, and has been commissioned to write practice advisories by the Vera Institute for Social Justice. In 2012, she was named to Forbes “30 Under 30” list in the category of Law and Policy. According to Forbes, the list recognizes individuals who “represent the entrepreneurial, creative, and intellectual best of their generation.” In 2013, Burke was named as one of the New Leadership Council's 40 new leaders under 40.