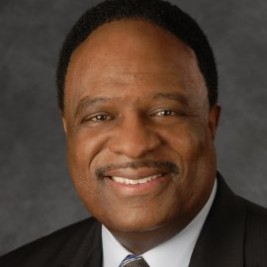 Businesses, Non-profit organizations, event planners and companies across the country have worked closely with our booking agents to hire James Brown for a speaking engagements, guest appearances, product endorsements and corporate events. Many of those same clients have continued to turn to our speakers bureau as we can easily align James Brown’s availability with their upcoming seminar, gala, annual conference, corporate function, and grand opening. Our close relationship with James Brown’s booking agent and management team further enables us to provide inquiring clients with James Brown’s speaking fee and appearance cost.

If your goal is to hire James Brown to be your next keynote speaker or to be the next brand ambassador our celebrity speakers bureau can assist. If James Brown’s booking fee is outside your companies budget or your unable to align with his appearance availability, our booking agents can provide you a list of talent that aligns with your event theme, budget and event date.

James Brown, commonly called "J.B.," is an American sportscaster known for being the host of "The NFL Today" on CBS and "Inside the NFL" on Showtime. He is the former host of the FOX network's NFL pregame show, "FOX NFL Sunday."

A standout on the basketball court, Brown received All-Ivy League honors in his last three seasons at Harvard University and captained the team in his senior year. His roommate at Harvard was the later Princeton University professor/philosopher/activist Cornel West.

After failing to make a roster spot when he tried out for the NBA's Atlanta Hawks in the mid 1970s, Brown entered the corporate world, working for such companies as Xerox and Eastman Kodak. Brown went into sports broadcasting in 1984 when he was offered a job doing Washington Bullets television broadcasts. He later moved on to an anchor position at WDVM-TV (later WUSA) in Washington and to some work at CBS Sports. Brown first joined CBS Sports in 1987 where he served as play-by-play announcer for the network's NFL and college basketball coverage, as well as reporter for the NBA Finals. He also was host of the afternoon show from the 1992 Winter Olympics in Albertville, France, and the 1994 Winter Olympics in Lillehammer, Norway. While at CBS he also was co-host of CBS Sports Saturday/Sunday, a weekend anthology series.

In 1994, Brown accepted the position of host of the NFL on FOX pregame show. He shared the set with former football players Terry Bradshaw and Howie Long and former coach Jimmy Johnson. From 1994–1998, Brown was the lead studio host for FOX NHL Saturday. Brown also hosts the college basketball pregame, halftime and postgame in the CBS studios in New York City.

Brown has also hosted "The World's Funniest!" (the FOX network's counterpart of "America's Funniest Home Videos"), "Coast to Coast" (a syndicated radio show formerly hosted by Bob Costas) and served as a correspondent for "Real Sports with Bryant Gumbel." Aside from his Showtime and CBS duties, Brown hosted a weekday radio sports talk show that aired weekdays on Sporting News Radio for several years. Brown left the network in April 2006. He has since, returned to Sporting News Radio with Arnie Spanier.

Brown resides outside of Washington, D.C. in Bethesda, MD, his town of birth, with his wife Dorothy and daughter Katrina. He was named one of the 100 most influential student athletes by the NCAA.

In 2006, Brown became a minority owner of the Washington Nationals Major League Baseball team. Brown was one of a handful of investors in the group led by Washington, D.C. real estate developer Ted Lerner.