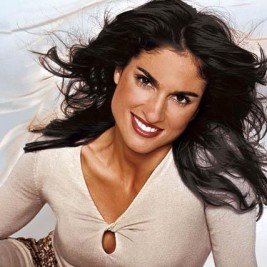 If your goal is to hire Gabriela Sabatini to be your next keynote speaker or to be the next brand ambassador our celebrity speakers bureau can assist. If Gabriela Sabatini’s booking fee is outside your companies budget or your unable to align with his appearance availability, our booking agents can provide you a list of talent that aligns with your event theme, budget and event date.

Gabriela Sabatini was born May 16, 1970, in Buenos Aires, Argentina is a former professional tennis player. She is from Argentina and is of Italian descent. She was one of the leading players on the women's circuit in the late-1980s and early-1990s. She won the women's singles title at the US Open in 1990, the women's doubles title at Wimbledon in 1988, and a silver medal at the 1988 Olympic Games.

Sabatini reached her career-high singles ranking of World No. 3 in 1991 and came close to attaining the No. 1 ranking but was narrowly denied by Graf and then by Seles. All three players' rankings were within a few points of each other for much of the year.

After winning five tournaments in 1992, Sabatini had a 29-month drought in which she failed to win a title. She brought this run to an end at the WTA Tour Championships in 1994 and then won her first tournament of 1995 at Sydney (defeating Lindsay Davenport in the final of both events). But that proved to be the last singles title of Sabatini's career.

Sabatini retired from the professional tour in 1996, having won 27 singles titles and 12 doubles titles. Her last professional singles match was on October 14, 1996, when she lost to Jennifer Capriati 6-3, 6-4. (Capriati's first loss on the WTA tour was to Sabatini in 1990.) Sabatini played her last professional match on October 19, 1996, in the doubles semifinals in Zurich with Lori McNeil. Sabatini was inducted into the International Tennis Hall of Fame on July 15, 2006.