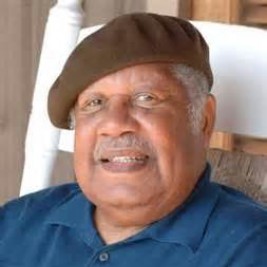 Businesses, Non-profit organizations, event planners and companies across the country have worked closely with our booking agents to hire Ernest Gaines for a speaking engagements, guest appearances, product endorsements and corporate events. Many of those same clients have continued to turn to our speakers bureau as we can easily align Ernest Gaines’s availability with their upcoming seminar, gala, annual conference, corporate function, and grand opening. Our close relationship with Ernest Gaines’s booking agent and management team further enables us to provide inquiring clients with Ernest Gaines’s speaking fee and appearance cost.

If your goal is to hire Ernest Gaines to be your next keynote speaker or to be the next brand ambassador our celebrity speakers bureau can assist. If Ernest Gaines’s booking fee is outside your companies budget or your unable to align with his appearance availability, our booking agents can provide you a list of talent that aligns with your event theme, budget and event date.

Ernest Gaines was among the fifth generation of his family to be born on the River Lake Plantation in Pointe Coupee Parish, Louisiana, an influence and common setting for his fiction. He was the eldest of 12 children, raised by his aunt, who was crippled and had to crawl to get around the house. Although born generations after the end of slavery, Gaines grew up impoverished, in old slave quarters on the plantation.

Gaines's first six years of school took place in the plantation church. A visiting teacher would teach him and the other children for five to six months of each year, depending on when the children were not picking cotton in the fields. Gaines's then spent three years at St. Augustine, a Catholic school for African Americans in New Roads. Pointe Coupe Parish schooling for African-American children did not continue beyond the eighth grade during his time.

When he was fifteen, Gaines moved to Vallejo, California to join his mother and stepfather, who had left Louisiana during World War II. His first novel was written at age 17, while babysitting his youngest brother. According to one account, he wrapped it in brown paper, tied it with string, and sent it to a New York publisher, who rejected it. Gaines burned the manuscript, but later rewrote it to become his first published novel, Catherine Carmier.

In 1956, Gaines published his first short story, The Turtles, in a college magazine at San Francisco State University. He earned a degree in literature in 1957 from SFSU. After spending two years in the Army, he won a writing fellowship to Stanford University.

Since 1984, Gaines has spent the first half of every year in San Francisco and the second half in Lafayette, where he teaches a creative writing workshop every autumn at the University of Louisiana.

Gaines's fiction has received critical acclaim. His works have been taught in college classrooms and translated into many languages, including French, Spanish, German, Russian, and Chinese. Four of his works have been produced into television movies.