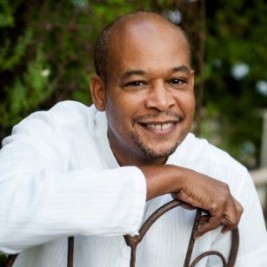 Businesses, Non-profit organizations, event planners and companies across the country have worked closely with our booking agents to hire Byron Motley for a speaking engagements, guest appearances, product endorsements and corporate events. Many of those same clients have continued to turn to our speakers bureau as we can easily align Byron Motley’s availability with their upcoming seminar, gala, annual conference, corporate function, and grand opening. Our close relationship with Byron Motley’s booking agent and management team further enables us to provide inquiring clients with Byron Motley’s speaking fee and appearance cost.

If your goal is to hire Byron Motley to be your next keynote speaker or to be the next brand ambassador our celebrity speakers bureau can assist. If Byron Motley’s booking fee is outside your companies budget or your unable to align with his appearance availability, our booking agents can provide you a list of talent that aligns with your event theme, budget and event date.

Based on the upcoming television documentary of the same name, this event features filmmaker Motley accompanied by Negro League players as they reminisce and discuss stories and memories about the historic Negro Baseball Leagues.

Because of its profound cultural, social, political and economical impact, the story of the Negro Leagues transcends the game of baseball. It's a story of pride, hope and courage. It's a story of men and women who simply wanted to "Play Ball"! The goal of this documentary is to further educate the public about the significant contributions the Negro Leagues and its players made in the 20th century.

A rich, powerful and important history, the stories of the Negro Leagues as told by these gentlemen, not only reflect the history of baseball in America, but the impact of the game in a segregated society. This presentation provides an insightful, amusing, moving, educational and entertaining evening.

In another program, "The Men, The Myths, The Music & Me," Motley honors one hundred years of popular African-American music with his one-man show, putting on a first-class act in which he celebrates musical legends from a historical and educational perspective.

In The Men, The Music, The Myths and Me: One Hundred Years of African-American Male Vocalists, Motley sings and tells the stories of several black male vocalists and their historical influence on black history and popular music. The show salutes the lives of Bert Williams, Cab Calloway, Nat King Cole, Sammy Davis Jr., Sam Cooke, Charley Pride and Marvin Gaye. In this tribute, Motley, along with piano accompaniment, performs in the different musical styles of these renowned musicians. He also educates audiences by recounting facts and anecdotes about their professional and personal lives.

During his formative years, he studied at home and was later educated in England at Harlaxton College. He returned to the States to complete his B.S. degree from William Jewell College. Motley's commitment to excel as a musical entertainer brought him to California, where he entered the Master of Music program at the University of Southern California. It was during his Master's Class performance that internationally celebrated entertainer Cleo Laine recognized Motley's burgeoning talent. Laine's discovery of Motley led him to do three solo performances with the famed Boston Pops Orchestra.

Motley is a recipient of the Wavendon Allmusic New Singing Talent of the Year Award. He can currently be heard on several commercial jingles throughout the United States. He has performed and recorded with such artists as Natalie Cole, Patti Austin, Patti LuPone and Barry Manilow. Most recently, he appeared as a feature performer on Broadway with Patti Lu Pone.