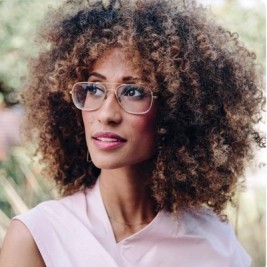 If your goal is to hire Elaine Welteroth to be your next keynote speaker or to be the next brand ambassador our celebrity speakers bureau can assist. If Elaine Welteroth’s booking fee is outside your companies budget or your unable to align with his appearance availability, our booking agents can provide you a list of talent that aligns with your event theme, budget and event date.

Elaine Marie Welteroth is an journalist and editor. In 2016, Welteroth was named editor of Teen Vogue, making her the second African-American in Condé Nast's 107-year history to hold such a title. During which she has increased the publication's coverage of political and social issues. Her promotion to editor at age 29 makes her the youngest in Condé Nast history to become editor. When she became beauty director of Teen Vogue in 2012, Welteroth was the first African-American to serve in the role. She is credited for the notable increase of Teen Vogue coverage of politics and social justice, encouraging readers to become civically engaged, specifically during the 2016 U.S. presidential election. Under Welteroth's leadership of Teen Vogue's shifting format, the magazine developed its first YouTube channel, featuring content on diverse subjects from campus style to cultural appropriation.

Welteroth expanded the magazine's focus and received recognition for the noticeable increase of content in Teen Vogue on politics and social justice, including critical coverage of the 2016 U.S. presidential election. Welteroth's first issue to print as editor of Teen Vogue had Willow Smith as the cover model and featured headlines like "Cultural Appreciation: Real Girls, Real Beauty, Real Talk". The December 2016 cover featured actresses and feminists, Rowan Blanchard and Yara Shahidi on the "Smart Girls" issue. Welteroth also invited Blanchard and Shahidi to serve as guest editors, the first ever in the history of the publication. She also kicked off the "Teen Vogue Book Club" with Blanchard and Shahidi selecting their favorite book, Their Eyes Were Watching God by Zora Neale Hurston. Blanchard, Shahidi, and Welteroth used Teen Vogue's Facebook account to live stream a discussion about the book in November 2016, allowing the magazine's target audience to engage with political texts by black women that have shaped the continued work of scholar-activists. The December 2016 issue also featured a conversation between American actress Zendaya Coleman and former First Lady of the United States Michelle Obama on the worldwide education of girls.

The magazine has flourished under this new direction, which emphasizes digital publication, though the print magazine publication schedule was changed from 10 issues per year, in a small format, to becoming a quarterly publication, in a larger, thicker format. With the new emphasis on digital media under Welteroth's leadership, Teen Vogue developed a YouTube channel which, as of March 2017, has over 500,00 subscribers and over 800 pieces of original content, for instance "A Fact Check on Trump's First Speech to Congress", uploaded March 1, 2017. The video allows viewers to recap current President Donald Trump's speech to Congress.

In December 7, 2016, Teen Vogue made an appearance on the award-winning ABC sitcom Black-ish. In the episode "Nothing, but Nepotism", Welteroth plays herself as editor of Teen Vogue while Black-ish character Zoe gets the opportunity to intern at Teen Vogue to boost her high school resume by using her advertising executive father's professional connections. The episode spouted discussions on nepotism in the black community like the article, "On black nepotism and this week's epic 'black-ish' & 'Teen Vogue' crossover" by Blavity writer Trey Mangum. During the advanced screening of the episode and discussion, Welteroth raised the question, "Is black nepotism just leveling the playing field?"

At Slate, Mark Joseph Stern credited Welteroth for developing Teen Vogue into a publication that "treats teenagers like rounded human beings with agency and intellects". Stern continues with, "The result is a teen glossy with seriously good political coverage and legal analysis, an outlet for teenagers who—shockingly!—are able to think about fashion and current events simultaneously."

Teen Vogue is noted as a prime example of a magazine that embraces and respects diversity, which is due to Welteroth's involvement with the magazine. Their sister magazine Vogue released their March 2017 issue "WOMEN RULE: Fashion’s Fearless Females". The magazine features model Karlie Kloss in yellow-face, appropriating East and South Asian culture. Feminist writer Lara Witt praised Teen Vogue in the article, "Vogue Magazine Has A Race Problem, And It's Getting Tired", featured on Wear Your Voice. Witt stated, "Rather than participating in the blatant erasure of people of color and our cultures, Vogue’s younger sibling has included features celebrating indigenous, South Asian, East Asian, black and Muslim teens. Thanks to their radical push to be unafraid to represent more than just white, heterosexual, cisgender women, Teen Vogue is providing more readers with representation."