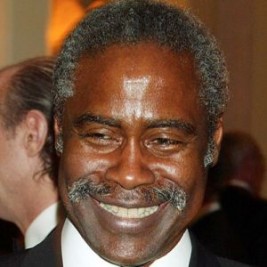 Businesses, Non-profit organizations, event planners and companies across the country have worked closely with our booking agents to hire Edward Lewis for a speaking engagements, guest appearances, product endorsements and corporate events. Many of those same clients have continued to turn to our speakers bureau as we can easily align Edward Lewis’s availability with their upcoming seminar, gala, annual conference, corporate function, and grand opening. Our close relationship with Edward Lewis’s booking agent and management team further enables us to provide inquiring clients with Edward Lewis’s speaking fee and appearance cost.

If your goal is to hire Edward Lewis to be your next keynote speaker or to be the next brand ambassador our celebrity speakers bureau can assist. If Edward Lewis’s booking fee is outside your companies budget or your unable to align with his appearance availability, our booking agents can provide you a list of talent that aligns with your event theme, budget and event date.

Edward Lewis was born on May 15, 1940, in the Bronx, New York. In 1969, he co-founded Essence magazine, specifically targeted to black women. Propelled by the extraordinary success of Essence, he has become one of the most successful and respected magazine publishers in the country. In 1995, he also founded Latina magazine.

Publisher and entrepreneur Edward Lewis was born on May 15, 1940, in the Bronx, New York. He grew up impoverished in the projects of the South Bronx, a neighborhood plagued at the time by drug addiction and violence. Nevertheless, Lewis's parents—his father a night shift janitor at City College and his mother a factory worker—instilled in him a strong work ethic and desire to succeed.

Lewis attended De Witt Clinton High School in the Bronx, where he excelled academically and was a star fullback on the football team. Upon graduating from high school in 1958, he earned a football scholarship to the University of New Mexico.

Edward Lewis very nearly did not make it to New Mexico alive. The cross-country flight on TWA airlines was the first Lewis had ever boarded and it was nearly his last: An engine caught fire in midair and passengers began bracing themselves for death. "I knew that my life was over," Lewis later recalled, "and I had another fellow sitting next to me, and we held hands. We were reading the Bible because we knew that was it." But it wasn't. The plane made a miraculously safe emergency landing and Lewis arrived safely in New Mexico after all.

Upon beginning his studies that fall, Edward Lewis discovered that he was one of exactly 12 black students on a campus of more than 8,000. "There's certainly loneliness, but you have to adjust, you have to adapt," he said. "And my adapting revolved around meeting some really, really wonderful people who became my friends and enabled me to continue to grow and to do well there."