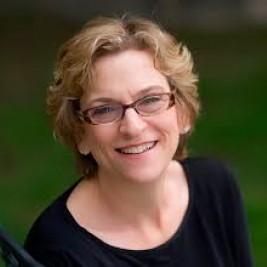 Businesses, Non-profit organizations, event planners and companies across the country have worked closely with our booking agents to hire Anita Diamant for a speaking engagements, guest appearances, product endorsements and corporate events. Many of those same clients have continued to turn to our speakers bureau as we can easily align Anita Diamant’s availability with their upcoming seminar, gala, annual conference, corporate function, and grand opening. Our close relationship with Anita Diamant’s booking agent and management team further enables us to provide inquiring clients with Anita Diamant’s speaking fee and appearance cost.

If your goal is to hire Anita Diamant to be your next keynote speaker or to be the next brand ambassador our celebrity speakers bureau can assist. If Anita Diamant’s booking fee is outside your companies budget or your unable to align with his appearance availability, our booking agents can provide you a list of talent that aligns with your event theme, budget and event date.

Diamant was born in Brooklyn, New York in 1951, grew up in Newark, New Jersey until she was twelve years old when her family moved to Denver, Colorado. She graduated from Washington University in St. Louis with a degree in comparative literature and earned a Master’s in American literature from Binghamton University in upstate New York.

In 1975, she moved to Boston and began a career in journalism, writing for local magazines and newspapers, including the Boston Phoenix, the Boston Globe, and Boston Magazine. She branched out into regional and national media: New England Monthly, Yankee, Self, Parenting, Parents, McCall’s, and Ms. Her feature stories and columns covered a wide variety of topics, from profiles of prominent people and stories about medical ethics, to first-person essays about everything from politics to popular culture to pet ownership to food.

Diamant also wrote about contemporary Jewish practice for Reform Judaism Magazine, Hadassah Magazine, and jewishfamily.com. Her first book, published in 1985, was The New Jewish Wedding, a handbook that combined a contemporary sensibility, respect for tradition and a welcoming prose style. Five other guidebooks to Jewish life and lifecycle events followed: The New Jewish Baby Book; Living a Jewish Life: Jewish Traditions, Customs and Values for Today’s Families: Choosing a Jewish Life: A Handbook for People Converting to Judaism and for Their Family and Friends; Saying Kaddish: How To Comfort the Dying, Bury the Dead and Mourn as a Jew, and How to Raise a Jewish Child.

In 1997, Diamant published her first work of fiction. Inspired by a few lines from Genesis, The Red Tenttells the story an obscure and overlooked character named Dinah, the only daughter of Jacob and Leah. The Red Tent became a word-of-mouth bestseller thanks to reader recommendations, book groups, and support from independent bookstores. In 2001, the Independent Booksellers Alliance honored The Red Tent as the “Booksense Best Fiction” of the year. The Red Tent has been published in more than 25 countries world wide, including Australia, England, Finland, France, Germany, Holland, Israel, Japan, Korea, Lithuania, Portugal, Spain, and Sweden. In 2014, the novel was adapted as a two-part, four-hour miniseries by Lifetime TV.

Diamant’s second novel, Good Harbor, is a contemporary story that explores the importance of women’s friendships as a source of strength and support through the worst of times: a diagnosis of breast cancer and a foundering marriage. The Last Days of Dogtown is set on Cape Ann in the early 1800s and describes life in a poor, rural community inhabited by widows and spinsters who were suspected as witches, and by freed Africans and orphan children. Day After Night recounts the stories of women who lived through the Holocaust and await the future in a British internment camp in Palestine, before the founding of the state of Israel.

The Boston Girl is the story of Addie Baum, born in 1900 to immigrant parents who were unprepared for and suspicious of America and its effect on their three daughters. Addie’s intelligence and curiosity take her to a world her parents can’t imagine—a world of short skirts, movies, celebrity culture, and new opportunities for women; a world where women finish high school, go to college, have a career, and find true love. The Boston Girl begins when Addie’s twenty-two year old granddaughter asks, “How did you get to be the woman you are today?”

Anita’s first book his now her most recent book.  The Jewish Wedding Now is a complete revision/rethink of The New Jewish Wedding (1985, updated in 2001).  More than half of North American Jews marry non-Jews, and affiliation rates are lower in a do-it-yourself world where the internet is the first place people seek information. Marriage equality and the changing role of women in Jewish life have challenged and reinvigorated ancient ideas and practices. Choosing a Jewish Life, her handbook about conversion to Judaism, was updated in 2016, and a revision of Saying Kaddish is due to be published next year.