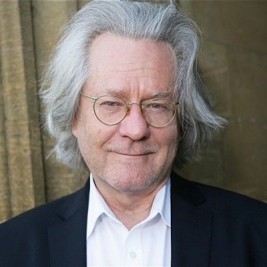 Businesses, Non-profit organizations, event planners and companies across the country have worked closely with our booking agents to hire A.C. Grayling for a speaking engagements, guest appearances, product endorsements and corporate events. Many of those same clients have continued to turn to our speakers bureau as we can easily align A.C. Grayling’s availability with their upcoming seminar, gala, annual conference, corporate function, and grand opening. Our close relationship with A.C. Grayling’s booking agent and management team further enables us to provide inquiring clients with A.C. Grayling’s speaking fee and appearance cost.

If your goal is to hire A.C. Grayling to be your next keynote speaker or to be the next brand ambassador our celebrity speakers bureau can assist. If A.C. Grayling’s booking fee is outside your companies budget or your unable to align with his appearance availability, our booking agents can provide you a list of talent that aligns with your event theme, budget and event date.

Anthony Grayling MA, DPhil (Oxon) FRSL, FRSA is Master of the New College of the Humanities, and a Supernumerary Fellow of St Anne's College, Oxford. Until 2011 he was Professor of Philosophy at Birkbeck College, University of London. He has written and edited over thirty books on philosophy and other subjects; among his most recent are "The Good Book", "Ideas That Matter", "Liberty in the Age of Terror" and "To Set Prometheus Free". For several years he wrote the "Last Word" column for the Guardian newspaper and a column for the Times. He is a frequent contributor to the Literary Review, Observer, Independent on Sunday, Times Literary Supplement, Index on Censorship and New Statesman, and is an equally frequent broadcaster on BBC Radios 4, 3 and the World Service. He writes the "Thinking Read" column for the Barnes and Noble Review in New York, is the Editor of Online Review London, and a Contributing Editor of Prospect magazine.

In addition he sits on the editorial boards of several academic journals, and for nearly ten years was the Honorary Secretary of the principal British philosophical association, the Aristotelian Society. He is a past chairman of June Fourth, a human rights group concerned with China, and is a representative to the UN Human Rights Council for the International Humanist and Ethical Union. He is a Vice President of the British Humanist Association, the Patron of the United Kingdom Armed Forces Humanist Association, a patron of Dignity in Dying, and an Honorary Associate of the National Secular Society.