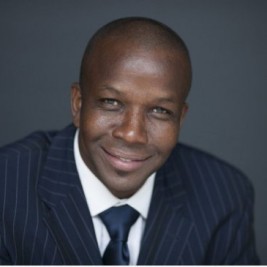 Businesses, Non-profit organizations, event planners and companies across the country have worked closely with our booking agents to hire Donovan Bailey for a speaking engagements, guest appearances, product endorsements and corporate events. Many of those same clients have continued to turn to our speakers bureau as we can easily align Donovan Bailey’s availability with their upcoming seminar, gala, annual conference, corporate function, and grand opening. Our close relationship with Donovan Bailey’s booking agent and management team further enables us to provide inquiring clients with Donovan Bailey’s speaking fee and appearance cost.

If your goal is to hire Donovan Bailey to be your next keynote speaker or to be the next brand ambassador our celebrity speakers bureau can assist. If Donovan Bailey’s booking fee is outside your companies budget or your unable to align with his appearance availability, our booking agents can provide you a list of talent that aligns with your event theme, budget and event date.

This was "The World's Fastest Man".

It's a title that's pure and simple. It goes all the way back to ancient Greece and the founding principles upon which the Olympic Games began - "Higher, Faster, Stronger".

The first of only two men ever to hold all three titles of Olympic Champion, World Champion and World Record Holder, Track and Field News declared Donovan Bailey "Sprinter of the Decade" (1990's), and one of the world's all-time greatest and most dominant sprinters.

Born in Manchester, Jamaica, Donovan Bailey arrived in Canada at age 13. Growing up in Canada, his game was basketball, not track. He never even gave track a thought. Instead, following graduation from high school, Donovan went on to college where he graduated with a diploma in Business Administration. From there he worked in the brokerage industry, and then started up his own telemarketing firm (but then Donovan has always been a self-starter).

It wasn't until 1994 - at age 26 - that Donovan, while watching the Canadian Track Championships, thought to himself: "I can run faster than that". And he could.

The rest, as they say, is history.

After eight weeks of intensive training Donovan was ranked among the top sprinters in the world, winning both the Commonwealth Games and Francophone Games in Paris, France!

Then, in 1995, only one year after he began full-time training, Donovan Bailey captured the World Championships in Goteborg, Sweden, making him the pre-eminent sprinter in the world.

By 1996 the world's eyes were on Donovan Bailey - and he let no one down. In what can only be described as a meteoric and unprecedented rise to athletic greatness, Donovan won Gold at the Atlanta Olympic Games, setting a new World and Olympic Record in the process.

He also proudly claims the titles of:

Recently retired from competitive athletics, this five-time World and Olympic Champion has committed himself to a number of charitable works, including spokesperson for the Canadian Cancer Society, the Ontario Lung Association and Big Brothers of Toronto. Donovan also generously gives his time to many other charities and has recently created the Donovan Bailey Foundation committed to the advancement and financial assistance of Canada's most talented amateur athletes, so that they too may have an opportunity to achieve Gold.

Donovan is also an inspirational speaker, passionate about the world of amateur sport and athletes and what can be accomplished through hard work and dedication. He enjoys speaking to audiences of all sizes and welcomes the opportunity to do so.