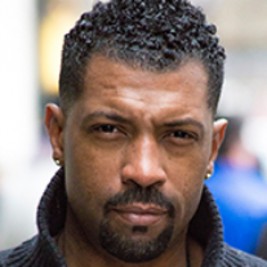 Businesses, Non-profit organizations, event planners and companies across the country have worked closely with our booking agents to hire Deon Cole for a speaking engagements, guest appearances, product endorsements and corporate events. Many of those same clients have continued to turn to our speakers bureau as we can easily align Deon Cole’s availability with their upcoming seminar, gala, annual conference, corporate function, and grand opening. Our close relationship with Deon Cole’s booking agent and management team further enables us to provide inquiring clients with Deon Cole’s speaking fee and appearance cost.

If your goal is to hire Deon Cole to be your next keynote speaker or to be the next brand ambassador our celebrity speakers bureau can assist. If Deon Cole’s booking fee is outside your companies budget or your unable to align with his appearance availability, our booking agents can provide you a list of talent that aligns with your event theme, budget and event date.

Deon Cole is originally from the south side of Chicago. He is one of the most requested headlining comedians in the club and college circuit nation wide. He is also a successful actor, having appeared in MTVs Short Circuitz and Wild N Out with Nick Cannon, as well as Barbershop 1 and 2. As a standup, he has been featured on The Tonight Show with Conan OBrien, Comedy Centrals Laffapalooza, HBOs Def Comedy Jam, BETs Comic View, NBCs Showtime at the Apollo, BBCs The World Stands Up, and STARZ Martin Lawrences First Amendment. Deon also had his own half-hour special on Comedy Central which premiered in 2007.

After Deons standup appearance on The Tonight Show, he was offered a job as a staff writer for the show and has since made multiple appearances as a commentator and sketch performer on the show. TV Guide declared, œA Star is Born after Deons commentary pieces kept growing as a bit on the show. He is currently a featured act on Conan OBriens THE LEGALLY PROHIBITED FROM BEING FUNNY ON TELEVISION TOUR.

Deon has been a featured comic in the HBO US Comedy Arts Festival in Aspen and the CanWest Comedy Fest in Vancouver. He was a finalist in NBCs Stand-Up for Diversity Showcase and he won BETs Robin Harris Award for most original comic. He has been part of several tours including the Cole-Cola World European Tour for the Troops (Germany, Amsterdam, Belgium, Japan, & Korea), the BET Comedy Tour, the Def Jam Tour, the Budweiser Superfest R. Kelly Tour and the Mary J. Blige Tour. Deons charismatic personality and original style make him one of the most popular performers in the comedy scene today.