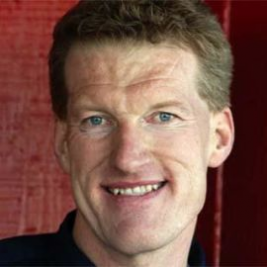 Businesses, Non-profit organizations, event planners and companies across the country have worked closely with our booking agents to hire Don McMillan for a speaking engagements, guest appearances, product endorsements and corporate events. Many of those same clients have continued to turn to our speakers bureau as we can easily align Don McMillan’s availability with their upcoming seminar, gala, annual conference, corporate function, and grand opening. Our close relationship with Don McMillan’s booking agent and management team further enables us to provide inquiring clients with Don McMillan’s speaking fee and appearance cost.

If your goal is to hire Don McMillan to be your next keynote speaker or to be the next brand ambassador our celebrity speakers bureau can assist. If Don McMillan’s booking fee is outside your companies budget or your unable to align with his appearance availability, our booking agents can provide you a list of talent that aligns with your event theme, budget and event date.

Building on his headlining act "Technically Funny," this nationally known comedian explores the lighter side of our learning and training community from a technical insider's perspective. A break from the rigors of in-depth conference sessions, you never knew using PowerPoint slides could be so hilarious!

Don McMillan knows your pain. For 10 years, he toiled as an electrical engineer for IBM, AT&T, and other assorted acronyms. He's all-too-familiar with the frustrations of corporate culture and the often impossible job of making technology work. And as a comedian, McMillan hasn't forgotten his geeky roots.

A 1982 graduate of Stanford University with a Master's Degree in Electrical Engineering, McMillan also has a BSEE from Lehigh University. He went to work for AT&T Bell Laboratories, where he was part of the team that designed the world's first 32-bit Microprocessor. He then moved to the Silicon Valley in San Jose, California, where he worked at VLSI Technology as a computer chip designer. During his 6 years at VLSI, McMillan designed more than 50 Standard and ASIC Designs, many of which are still out there today.

But after winning the 16th Annual San Francisco International Stand-Up Comedy Competition in 1991, McMillan turned in his chips for a microphone. He went on to become the $100,000 Grand Champion on "Star Search" in 1993. And while comedy is now his full-time career, McMillan has always kept technology humor at the heart of his act.

Odds are you've seen McMillan as the star of fifteen national commercials for Budweiser Beer. He plays the Bud delivery guy who mans the "freshness hotline" and protects the world against "skunky" beer. He can also be seen in commercials for 7-11, Franco-American Ravioli, Little Caesar's Pizza, ServiStar Hardware, and United Airlines. His numerous television appearances include "The Tonight Show," CNN's "The Larry King Show," MTV's "Half Hour Comedy Hour," and A&E's "Evening at the Improv." Profiled in both Entertainment Weekly and TV Guide, he currently headlines comedy clubs from The Improvisation to Catch-A-Rising Star across the country.

In the movies, McMillan starred in the award-winning independent feature "Don: Plain & Tall," the story of an engineer who tosses it all away to become a stand-up comic " a story with which he's all too familiar. The independent film was awarded "Best Feature, Comedy" at the Back East Film Festival. McMillan has also appeared in numerous feature-length films, including "Air Bud III: World Pup," "Life Without Dick," "Macon County Jail," "Party Crashers," and "Fanatics." He has also guest starred on the television series "Star Trek: Voyager," "Babylon 5," "City Guys," and "Step by Step."

McMillan has not lost contact with his high-tech roots. Known as the world's only PowerPoint comedian, he utilizes his unique background to take a lighthearted look at computers, technology, and the high-tech life. His PowerPoint slides are like none you've ever seen. He is the only comedian that references "Avagadro's Number", "DRAM", "XML", and he Beta tests all his jokes.

McMillan has performed over 300 shows for major corporations around the United States including IBM, Apple, Sun Microsystems, and Cisco. His healthcare clients include JFK Memorial Hospital, Redding Medical Center, Providence/Holy Cross, the American Association of Physician's Assistants, Amerisource-Bergen, Viasys, and many others.