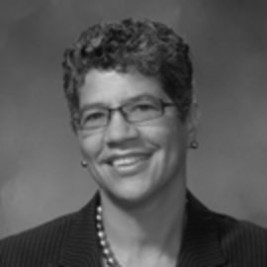 If your goal is to hire Deborah Prothrow-Stith to be your next keynote speaker or to be the next brand ambassador our celebrity speakers bureau can assist. If Deborah Prothrow-Stith’s booking fee is outside your companies budget or your unable to align with his appearance availability, our booking agents can provide you a list of talent that aligns with your event theme, budget and event date.

Dr. Deborah Prothrow-Stith is a nationally recognized public health leader. As a physician working in inner-city Boston, she broke new ground with her efforts to have youth violence defined as a public health problem, not just a criminal justice issue. Her passion for prevention was not satisfied with the emergency room work of "stitching people up and sending them out." She turned to public health and, along with others, created a social movement to prevent violence that has had an impact on Boston and the nation. In 1987, Governor Dukakis appointed her as the first woman Commissioner of Public Health for the Commonwealth of Massachusetts. In that role, she established the first Office of Violence Prevention in a state department of public health, expanded prevention programs for HIV/AIDS, and increased drug treatment and rehabilitation programs.

A pioneer and innovator, Dr. Prothrow-Stith developed programs and nurtured partnerships with community-based organizations locally, nationally, and internationally, including the critically acclaimed Partnerships for Preventing Violence satellite broadcast training series and exciting partnerships with both Florida A & M University and University of Massachusetts (Boston) to reduce health disparities funded by NIH-National Center for Minority Health and Health Disparities.

She has participated in several international delegations and conferences. For the French American Foundation, she co-hosted a delegation of French social scientists in New York to investigate children and violence. She hosted a delegation of scholars from Latin American countries at the Harvard School of Public Health for a two-day meeting to learn of the violence prevention work in Boston. Dr. Prothrow-Stith and her family lived in Tanzania for two-and-a-half years during her husband's tenure as US Ambassador; there she worked with several local projects with including Muhimbili Hospital and WAMATA (an NGO of people living with HIV).

As a chief spokesperson for a national movement to prevent violence and a frequent speaker in national media and public forums, Dr. Prothrow-Stith supports the application of rigorous scientific methods to strengthen violence prevention programs. She developed and wrote The Violence Prevention Curriculum for Adolescents, a forerunner of violence prevention curriculum for schools and communities. She is the author of Deadly Consequences, the first book to present the public health perspective on violence to a mass audience. She has authored and/or co-authored over 80 publications on medical and public health issues. She and co-author Howard Spivak, M.D. offer a blue print for community-based violence prevention work in their book, Murder is No Accident, and a guide for parents of girls in their book Sugar and Spice and No Longer Nice.

Prior to assuming her roles as an executive search consultant in the life sciences practice at Spencer Stuart, Dr. Prothrow-Stith served as Associate Dean for Diversity and the Henry Pickering Walcott Professor of Public Health Practice at the Harvard School of Public Health, where she remains an adjunct professor. She currently specializes in public health, leadership development, workforce diversity, and career development for younger clinicians.

She is a Spelman College and Harvard Medical School graduate and a member of the prestigious Institute of Medicine. She has received ten honorary doctorates, the 1993 World Health Day Award, the 1989 Secretary of Health and Human Service Award, and a Presidential appointment to the National Commission on Crime Control and Prevention.