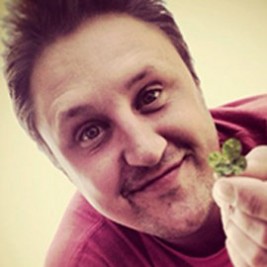 Businesses, Non-profit organizations, event planners and companies across the country have worked closely with our booking agents to hire Adrian Kulp for a speaking engagements, guest appearances, product endorsements and corporate events. Many of those same clients have continued to turn to our speakers bureau as we can easily align Adrian Kulp’s availability with their upcoming seminar, gala, annual conference, corporate function, and grand opening. Our close relationship with Adrian Kulp’s booking agent and management team further enables us to provide inquiring clients with Adrian Kulp’s speaking fee and appearance cost.

If your goal is to hire Adrian Kulp to be your next keynote speaker or to be the next brand ambassador our celebrity speakers bureau can assist. If Adrian Kulp’s booking fee is outside your companies budget or your unable to align with his appearance availability, our booking agents can provide you a list of talent that aligns with your event theme, budget and event date.

Based on his mercilessly funny and brutally honest blog, 'Dad or Alive' Kulp's first book is the hilarious story of one man's journey from being the one who brings home the bacon to the one who fries it—along with assembling the crib, learning how to "accessorize" his daughter, and flying with an infant for the first time. 'Dad or Alive' is being released in the spring of 2013.

For seven years, Adrian worked as an executive for Adam Sandler, helping to launch a successful television department. He became one of the youngest advisory board members of the U.S. Comedy & Arts Festival in Aspen, was appointed as a judge at Montreal's 'Just For Laughs' Festival, as well as numerous national comedy competitions. He became a fixture at the Improv, Laugh Factory and Comedy Store in Los Angeles.

While working at Happy Madison, he simultaneously held the position of comic booker at the 'Late Late Show with Craig Ferguson' on CBS. He brought close to fifty comics onto the show and gave half of them their first national TV spot doing stand-up.

Soon after that, he left Happy Madison and CBS to become the VP of Development for Chelsea Handler's Borderline Amazing Productions where he sold several shows to E! and helped develop 'The Comedians of Chelsea Lately' national comedy tour.

When Adrian's daughter was ten weeks old, he became a full-time stay-at-home dad and as a creative outlet, he began writing about his adventures on his popular blog, 'Dad or Alive'. He sold his first book to NAL/Penguin Publishing and has a TV/Film deal with Sony Pictures and Adam Sandler's Happy Madison, currently developing the premise into a sitcom.

Adrian's recently done the preschool tour, is still learning how to do laundry properly and adjusting to his son walking. His two children reign terror on a daily basis, as he tries to find things for them to do, teach them how to share and integrate himself into the secret society of mommies. He is DAD OR ALIVE.