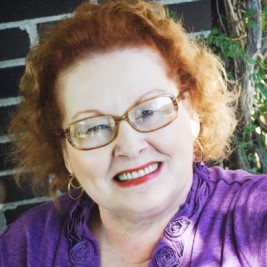 If your goal is to hire Lena Nelson Dooley to be your next keynote speaker or to be the next brand ambassador our celebrity speakers bureau can assist. If Lena Nelson Dooley’s booking fee is outside your companies budget or your unable to align with his appearance availability, our booking agents can provide you a list of talent that aligns with your event theme, budget and event date.

Award-winning author Lena Nelson Dooley has had more than 850,000 copies of her books sold. She is a member of American Christian Fiction Writers and the local chapter, ACFW - DFW.She’s a member of Christian Authors’ Network, CROWN Fiction Marketing, and Gateway Church in Southlake,Texas.

Lena loves James, her children, grandchildren, and great grandsons. She loves chocolate, cherries, chocolate-covered cherries, and spending time with friends. Travel is always on her horizon. Cruising, Galveston, the Ozark Mountains of Arkansas, Mexico. One day it will be Hawaii and Australia, but probably not the same year. Helping other authors become published really floats her boat, with over thirty having their first book release after her mentoring. Three of her books have been awarded the Carol Award silver pins from American Christian Fiction Writers, and she has received the ACFW Mentor of the Year award at their national conference. Thehigh point of her day is receiving feedback from her readers, especially people whose lives have been changed by her books.

Her 2010 release Love Finds You in Golden, New Mexico, from Summerside Press, won the 2011 Will Rogers Medallion Award for excellence in publishing Western Fiction. Her next series, McKenna’s Daughters: Maggie’s Journey appeared on a reviewers Top Ten Books of 2011 list. It also won the 2012 Selah award for Historical Novel. The second, Mary’s Blessing, was a Selah Award finalist for Romance novel. Catherine’s Pursuit released in 2013. It was the winner of the NTRWA Carolyn Reader’s Choice contest, took second place in the CAN Golden Scroll Novel of the Year award, and won the Will Rogers Medallion bronze medallion. Her blog, A Christian Writer’s World, received the Readers Choice Blog of the Year Award from the Book Club Network.

In addition to her writing, Lena is a frequent speaker at women’s groups, writers groups, and at both regional and national conferences. She has spoken in six states and internationally. She is also one of the co-hosts of the Along Came a Writer blog radio show.

Lena has an active web presence on Facebook, Twitter, Goodreads, Linkedin and with her internationally connected blog where she interviews other authors and promotes their books.