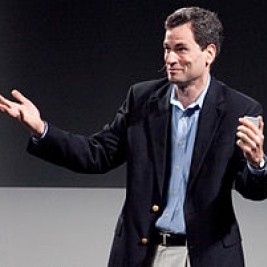 Businesses, Non-profit organizations, event planners and companies across the country have worked closely with our booking agents to hire David Pogue for a speaking engagements, guest appearances, product endorsements and corporate events. Many of those same clients have continued to turn to our speakers bureau as we can easily align David Pogue’s availability with their upcoming seminar, gala, annual conference, corporate function, and grand opening. Our close relationship with David Pogue’s booking agent and management team further enables us to provide inquiring clients with David Pogue’s speaking fee and appearance cost.

If your goal is to hire David Pogue to be your next keynote speaker or to be the next brand ambassador our celebrity speakers bureau can assist. If David Pogue’s booking fee is outside your companies budget or your unable to align with his appearance availability, our booking agents can provide you a list of talent that aligns with your event theme, budget and event date.

David Welch Pogue (born March 9, 1963) is an American technology writer and TV science presenter. He is a personal technology columnist for Yahoo Tech, a tech correspondent for CBS News Sunday Morning, a columnist for Scientific American and a former technology columnist for The New York Times. He is also the host of NOVA ScienceNow on PBS and was the host of the NOVA specials Making Stuff in 2011 and Hunting the Elements in 2012. Pogue has written or co-written seven books in the For Dummies series (including Macintosh computers, magic, opera, and classical music). In 1999, he launched his own series of computer how-to books called the Missing Manual series, which now includes over 100 titles covering a variety of Macintosh and Windows operating systems and applications. Among the dozens of books Pogue has authored is The World According to Twitter (2009), written in collaboration with around 500,000 of his Twitter followers, and Pogue's Basics (2014), which was a New York Times bestseller. On October 21, 2013, Pogue announced he would be leaving The New York Times after 13 years in order to join Yahoo, where he would create a new consumer-technology Web site. At the 2014 Consumer Electronics Show, Pogue joined Yahoo CEO Marissa Mayer onstage during her keynote speech to throw the "on" switch for that new site, Yahoo Tech.
Read More About David Pogue