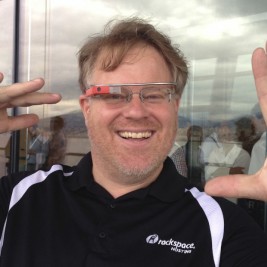 Businesses, Non-profit organizations, event planners and companies across the country have worked closely with our booking agents to hire Robert Scoble for a speaking engagements, guest appearances, product endorsements and corporate events. Many of those same clients have continued to turn to our speakers bureau as we can easily align Robert Scoble’s availability with their upcoming seminar, gala, annual conference, corporate function, and grand opening. Our close relationship with Robert Scoble’s booking agent and management team further enables us to provide inquiring clients with Robert Scoble’s speaking fee and appearance cost.

If your goal is to hire Robert Scoble to be your next keynote speaker or to be the next brand ambassador our celebrity speakers bureau can assist. If Robert Scoble’s booking fee is outside your companies budget or your unable to align with his appearance availability, our booking agents can provide you a list of talent that aligns with your event theme, budget and event date.

Robert Scoble is an American blogger, technical evangelist, and author. Scoble is best known for his now-defunct blog, Scobleizer, which came to prominence during his tenure as a technology evangelist at Microsoft. He currently works for Rackspace and the Rackspace sponsored community site Building 43 promoting breakthrough technology and startups. He previously worked for Fast Company as a video blogger.

In June 2003 Scoble accepted a position at Microsoft. The Economist described Scoble’s influence in its February 15, 2005 edition. On June 10, 2006, Scoble announced he was leaving Microsoft to join Podtech.net as vice president of media development with a higher salary accompanied by "a quite aggressive stock option" offer that would have made him wealthy if his new company had succeeded. According to Alexa Internet that day had the biggest traffic to his blog and PodTech over their lifetime. June 28, 2006 was his last day at Microsoft.

On December 11, 2007, while taking part in a panel discussion at the LeWeb3 Conference, Scoble inadvertently leaked news that he would be leaving PodTech on January 14, 2008, and was likely to join Fast Company. He acknowledged the news on his blog on December 12 but stated that he had not yet signed on with Fast Company. He did a video interview about his plans and leased studio space from Revision3. On March 3, 2008, Scoble launched FastCompany.tv with two shows: FastCompany Live and ScobleizerTV. He characterizes the first as "a show done totally on cell phones." The second is similar to his previous show on PodTech, only with better equipment and a camera operator. The show is recorded with two cameras in 720p HD.

On March 14, 2009, Scoble announced via his blog and on the Gillmor Gang that he was joining Rackspace. As part of his work there, he teamed up with the company to develop Building 43, a new content and social networking website aimed to help grow new startups and promote groundbreaking technology. In 2012, Building 43 was re-branded as Small Teams, Big Impact. Scoble’s mission remains to find and report bleeding edge technology