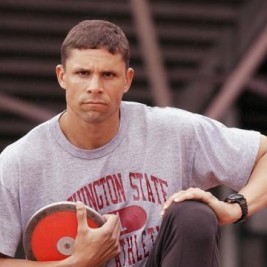 Businesses, Non-profit organizations, event planners and companies across the country have worked closely with our booking agents to hire Dan O'Brien for a speaking engagements, guest appearances, product endorsements and corporate events. Many of those same clients have continued to turn to our speakers bureau as we can easily align Dan O'Brien’s availability with their upcoming seminar, gala, annual conference, corporate function, and grand opening. Our close relationship with Dan O'Brien’s booking agent and management team further enables us to provide inquiring clients with Dan O'Brien’s speaking fee and appearance cost.

If your goal is to hire Dan O'Brien to be your next keynote speaker or to be the next brand ambassador our celebrity speakers bureau can assist. If Dan O'Brien’s booking fee is outside your companies budget or your unable to align with his appearance availability, our booking agents can provide you a list of talent that aligns with your event theme, budget and event date.

Former American decathlete, Dan O'Brien was born July 18, 1966 in Portland, Oregon. He was deemed one of the best decathlon athletes of the 1990s, winning an Olympic gold medal after winning three consecutive world titles. Dan O'Brien is of African American and Finnish heritage and grew up as an adopted child in an Irish-American family in Klamath Falls, Oregon. He graduated from Henley High School in 1984 and the University of Idaho in 1993, where he competed in track and field, although not in the decathlon. His name is attached to the university's outdoor track and field venue, where he quietly trained for his Olympic and world championships under the aid of Idaho's track coach, Mike Keller. O'Brien won the Olympic gold medal for decathlon at the 1996 Summer Olympics in Atlanta, and also won gold medals at the 1991, 1993, and 1995 World Championships in Athletics.