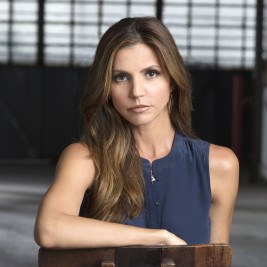 If your goal is to hire Charisma Carpenter to be your next keynote speaker or to be the next brand ambassador our celebrity speakers bureau can assist. If Charisma Carpenter’s booking fee is outside your companies budget or your unable to align with his appearance availability, our booking agents can provide you a list of talent that aligns with your event theme, budget and event date.

Charisma Carpenter was born July 23, 1970 and is an American actress. She is best known for playing the character Cordelia Chase in the television series Buffy the Vampire Slayer and its spin-off Angel. She has been nominated for a Saturn Award and her most recent work was a guest role in the television show Legend of the Seeker that aired in November 2009.

Carpenter was discovered by a commercial agent while waiting tables in Los Angeles to save money for her college education. This led to her role on theatrical productions and more than twenty commercials. She made her first television role in 1994 by appearing in an episode of Baywatch. Shortly after that, she landed a starring role on Aaron Spellings short-lived soap opera Malibu Shores.

In 1997, Carpenter auditioned for the title role in the television series Buffy the Vampire Slayer but instead was cast as Cordelia Chase, a snobby and popular high school student. After three seasons on Buffy the Vampire Slayer, Carpenter was offered an even larger role as the same character on the spin-off series Angel along with David Boreanaz. She played Cordelia Chase for four seasons on Angel. Although her character leaves the series during Angels fourth season, Carpenter returned for the 100th episode in the fifth and final season because she felt that Cordelias fans deserved closure after the controversy of her unexplained removal from the show.

In 2004, Carpenter had a three episode guest appearance on the TV show Charmed as a psychic demon called The Seer and played a recurring role on NBCs Miss Match, appearing in four episodes. She also had a recurring role as Kendall Casablancas in the TV series Veronica Mars for the 2005-2006 season, appearing in 11 episodes. Carpenter guest-starred in the first season finale of ABC Familys television show Greek and reprised her role in two episodes of Season 2. According to TV Guide in September 2007, she was set to join the cast of The Apprentice: Celebrity Edition, but instead chose to do a guest appearance on the show Back to You as well as a recurring role on the short-lived series Big Shots. Carpenter also had a guest appearance in an April 2009 episode of CSI: Crime Scene Investigation.

Carpenter has starred in an assortment of made-for-tv and direct-to-video movies including the sex comedy What Boys Like, the horror film Voodoo Moon, and the romantic comedies See Jane Date and Relative Chaos on ABC Family (the latter of which co-starred Nicholas Brendon who was also one of her co-stars from Buffy the Vampire Slayer). She also appeared in the mysteries Flirting with Danger and Cheaters Club on Lifetime Television and is starring in the Sci Fi Channel movie House of Bones, scheduled for broadcast in 2009. Also in 2009, Carpenter stars in production company Red Sparrows first film, Vivid, and was added to the cast of the upcoming movie The Expendables, a Sylvester Stallone writtendirected film, set for a 2010 release.