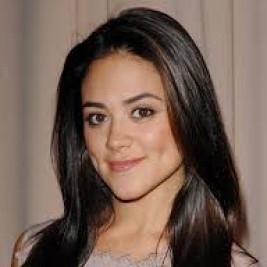 Businesses, Non-profit organizations, event planners and companies across the country have worked closely with our booking agents to hire Camille Guaty for a speaking engagements, guest appearances, product endorsements and corporate events. Many of those same clients have continued to turn to our speakers bureau as we can easily align Camille Guaty’s availability with their upcoming seminar, gala, annual conference, corporate function, and grand opening. Our close relationship with Camille Guaty’s booking agent and management team further enables us to provide inquiring clients with Camille Guaty’s speaking fee and appearance cost.

If your goal is to hire Camille Guaty to be your next keynote speaker or to be the next brand ambassador our celebrity speakers bureau can assist. If Camille Guaty’s booking fee is outside your companies budget or your unable to align with his appearance availability, our booking agents can provide you a list of talent that aligns with your event theme, budget and event date.

amille Guaty was raised in California and New Jersey. She studied at Boston University, where she earned a B.A. degree in Communications. She began her career as a feisty head cheerleader in the Disney Channel's, "Gotta Kick It Up," and soon after also joined the cast of the WB's "Raising Dad".

After being in Hollywood for three years Camille decided to take off to London to study at the prestigious Royal Academy of Dramatic Arts. There she learned fencing, stage combat, and many great works of the late William Sheakspeare.

She has also held a recurring role on the FOX hit series "Prison Break," playing the love torn Maricruz. Camille also appeared on NBC's "Crossing Jordan" in the recurring role of 'Detective Santana.'

In addition, she was seen on the second season of Gregory Nava's award-winning PBS drama series "American Family," as well as her starring role in the WB's Ron Leavitt comedy "The Help." Camille also starred in the VH1 film "30 Days Until I'm Famous," which was produced by Maverick.

Currently she is starring on MTV's "Happyland" and CBS's "Scorpion."