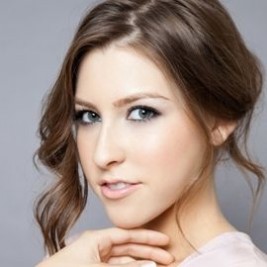 Businesses, Non-profit organizations, event planners and companies across the country have worked closely with our booking agents to hire Eden Sher for a speaking engagements, guest appearances, product endorsements and corporate events. Many of those same clients have continued to turn to our speakers bureau as we can easily align Eden Sher’s availability with their upcoming seminar, gala, annual conference, corporate function, and grand opening. Our close relationship with Eden Sher’s booking agent and management team further enables us to provide inquiring clients with Eden Sher’s speaking fee and appearance cost.

If your goal is to hire Eden Sher to be your next keynote speaker or to be the next brand ambassador our celebrity speakers bureau can assist. If Eden Sher’s booking fee is outside your companies budget or your unable to align with his appearance availability, our booking agents can provide you a list of talent that aligns with your event theme, budget and event date.

Eden currently stars as ‘Sue Heck,’ the hilariously awkward daughter of Patricia Heaton and Neil Flynn in the popular ABC series, THE MIDDLE, a role which has earned her five Critics Choice nominations and one win for Best Supporting Actress in a Comedy Series. Additional television credits include her work as ‘Carrie Fenton’ on SONS & DAUGHTERS (ABC), as well as ‘Gretchen’ on WEEDS (Showtime) and guest starring roles on PAIR OF KINGS (Disney XD), PARTY DOWN (Starz), and THE O.C. (Fox).

Eden also voices the lead character of “Star” on the Disney Animated Series, STAR VS. THE FORCES OF EVIL, which is in its second season. Her book The Emotionary: A Dictionary of Words that Don’t Exist For Feelings that Do, published by Penguin, will be released October 18th. She also has a show in development at Warner Brothers, loosely based on the story of her life. On the feature side, Eden just wrapped filming the lead role on STEP SISTERS, directed by Charles Stone III.