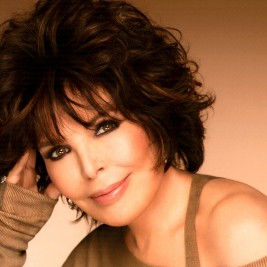 If your goal is to hire Carole Bayer Sager to be your next keynote speaker or to be the next brand ambassador our celebrity speakers bureau can assist. If Carole Bayer Sager’s booking fee is outside your companies budget or your unable to align with his appearance availability, our booking agents can provide you a list of talent that aligns with your event theme, budget and event date.

She had many hits during the seventies. With Marvin Hamlisch and Neil Simon, she wrote the lyrics for the stage musical They're Playing Our Song which was loosely based on her relationship with Hamlisch. The musical ran for over three years on Broadway. Many of Sager's 1980s songs were co-written with her former husband, the composer Burt Bacharach. She executive-produced the eponymous solo album for June Pointer, of The Pointer Sisters, in 1989.

Sager received the Grammy Award for Song of the Year in 1987 for the song "That's What Friends Are For", which she co-wrote with Bacharach. This song was originally written for the movie Night Shift (1982), and it was recorded for this movie by Rod Stewart. This song was popularized in a 1986 cover version by Dionne Warwick, Stevie Wonder, Gladys Knight, and Elton John. Her song with David Foster, "The Prayer" originally recorded by Celine Dion and Andrea Bocelli, won the Golden Globe and is one of few songs to be sung at weddings and funerals alike. She was awarded a star on the Hollywood Walk of Fame and was inducted into the Songwriters Hall of Fame. Sager received the prestigious NYU University Steinhardt distinguished Alumni award in 2006.