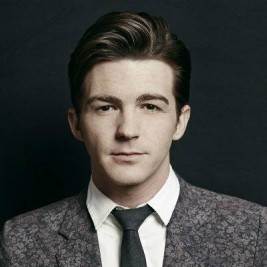 Businesses, Non-profit organizations, event planners and companies across the country have worked closely with our booking agents to hire Drake Bell for a speaking engagements, guest appearances, product endorsements and corporate events. Many of those same clients have continued to turn to our speakers bureau as we can easily align Drake Bell’s availability with their upcoming seminar, gala, annual conference, corporate function, and grand opening. Our close relationship with Drake Bell’s booking agent and management team further enables us to provide inquiring clients with Drake Bell’s speaking fee and appearance cost.

If your goal is to hire Drake Bell to be your next keynote speaker or to be the next brand ambassador our celebrity speakers bureau can assist. If Drake Bell’s booking fee is outside your companies budget or your unable to align with his appearance availability, our booking agents can provide you a list of talent that aligns with your event theme, budget and event date.

Drake Bell was born June 27, 1986 and is an American actor,
comedian, guitarist, singersongwriter, producer, and occasional television
director. Bell is commonly associated with his real-life best friend Josh Peck,
who co-starred with him in both The Amanda Show, with Amanda Bynes, and Drake
& Josh. After beginning his career as a child star in the late 1990s and
early 2000s, he appeared on The Amanda Show and became well-known among young
audiences for his role on the series Drake & Josh. As of 2010, Drake Bell
remains one of Nickelodeons most popular stars ever and has won nine
Nickelodeon Kids Choice Awards. He has appeared in numerous iCarly episodes.

In addition to his acting, Bell has a growing career as a
musician, and co-wrote and performed the theme song to Drake & Josh,
entitled Found a Way. In 2005 he independently released his debut
album, Telegraph. His second album, Its Only Time, was released in 2006 after
signing with Motown.

He then appeared in the film Jerry Maguire as Jesse Remo in 1996, and had a
small role in the Seinfeld episode The Frogger in 1998. In 1999, he
acted in a commercial for PokÃ©mon Red and Blue and in the movie Dragon World:
The Legend Continues. In 2000, he was nominated for the Young role as Cage
Redding in the made-for-television film The Jack Bull. During the early 2000s,
Bell was a featured performer on The Amanda Show and made a guest appearance on
the series The Nightmare Room, before being cast as Drake Parker alongside real
life bestfriend and former Amanda Show costar Josh Peck on the Nickelodeon
series Drake & Josh, which began airing in 2004. During this time period,
he made a guest appearance as himself on Nickelodeons Zoey 101 and won the
first of three consecutive Blimp Awards at the Nickelodeon Kids
Choice Awards in the Favorite TV Actor category. In 2005, Bell
co-starred alongside fellow Drake & Josh actress Miranda Cosgrove with
Dennis Quaid in Yours, Mine and Ours.He directed an episode of iCarly along
with his former co-star, Josh Peck.In the spring of 2008, Bell had a starring
role in the comedy spoof film Superhero Movie. In August 2008, he co-starred in
the comedy College, which was shot on location in New Orleans. Bell has signed
a producing deal with Virtus Entertainment and will star in The Miracle of
Santa Rosa. Bell will also be in another Virtus Entertainment production, this
one a mini-series titled Flying Tigers. Bell recently starred in Merry
Christmas, Drake & Josh alongside Josh Peck, which began production in July
2008, and premiered on December 5, 2008. He recently guest starred in the
online webseries titled I Heart Vampires.

He will star as Timmy Turner in the live-action TV-movie
adaptation of its hit animated series The Fairly Odd Parents, A Fairly Odd
Movie: Grow Up, Timmy Turner!, to be released in 2011.