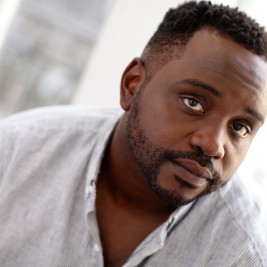 If your goal is to hire Brian Tyree Henry to be your next keynote speaker or to be the next brand ambassador our celebrity speakers bureau can assist. If Brian Tyree Henry’s booking fee is outside your companies budget or your unable to align with his appearance availability, our booking agents can provide you a list of talent that aligns with your event theme, budget and event date.

Brian Tyree Henry is an American actor. His television roles include Alfred 'Paper Boi' Miles in Atlanta and Tavis Brown in Vice Principals. Henry was also a part of the original cast of The Book of Mormon. In February 2017, Henry guest starred on the NBC tv series "This is us" episode Memphis as William's cousin.

Originally from Fayetteville, North Carolina, Henry attended Morehouse College as a business major-turned-actor in the early 2000s. He fell for the city, its community, and its creative energy when he was there. Later, he returned to Georgia's capital to play Alfred Miles, a.k.a. Paper Boi in FX's Atlanta.