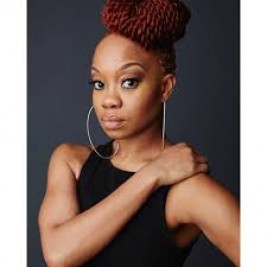 Travel Location
Available Upon Request
Book Camille A. Brown For

Book Camille A. Brown for a Speaking Engagement

If your goal is to hire Camille A. Brown to be your next keynote speaker or to be the next brand ambassador our celebrity speakers bureau can assist. If Camille A. Brown’s booking fee is outside your companies budget or your unable to align with his appearance availability, our booking agents can provide you a list of talent that aligns with your event theme, budget and event date.

Camille A. Brown (originally from Queens, New York) is a prolific choreographer who has achieved multiple accolades and awards for her daring works. Informed by her music background as a clarinetist, she utilizes musical composition as storytelling and makes a personal claim on history through the lens of a modern Black female perspective. She leads her dancers through excavations of ancestral stories, both timeless and traditional, that illustrate stories which connect history with contemporary culture. Her versatility is effortlessly demonstrated in works that range from light-hearted (“Groove to Nobody’s Business”; “Been There, Done That”) to spiritually based (“New Second Line”; “City of Rain”) and politically charged with comedic flare (“Mr. TOL E. RAncE”) to personal (“BLACK GIRL: Linguistic Play”).

From 2001-2007, Ms. Brown was a member of Ronald K. Brown’s Evidence, A Dance Company, and was a guest artist with Rennie Harris’ Puremovement, and Alvin Ailey American Dance Theater (2008 and 2011). She has commissioned works for Alvin Ailey American Dance Theater (2), Philadanco!, Urban Bush Women, Complexions, Ailey II, Ballet Memphis, and Hubbard Street II, among others. This summer, Ms. Brown will perform as a guest artist in the world premiere of And Still You Must Swing with tap artists Dormeshia Sumbry-Edwards, Derick K. Grant, and Jason Samuels Smith at Jacob’s Pillow.

She is Artistic Director of Camille A. Brown &amp; Dancers which strives to instill cultural curiosity, introspection and reflection in its audiences by providing outreach activities to students, young adults, and incarcerated women and men from local communities across the country. In 2014, Ms. Brown founded two initiatives: The Gathering, an annual open forum for intergenerational Black female artists to advocate for greater cultural equity and acknowledgement in the dance world; and BLACK GIRL SPECTRUM (BGS), a multi-faceted community engagement initiative that seeks to amplify the cultural and creative empowerment of Black girls and women through dance, dialogue, and popular education tools. On June 4, 2016, BGS will have its inaugural symposium with the theme “Social Dance for Social Change” at Dr. Barbara Ann Teer’s National Black Theatre in Harlem, NY. In 2017, she will expand the mission of BGS by launching two more initiatives – one focusing on young black men/ adults through gesture, step, and social dance, and the other connecting with homeless shelters across the country.

Ms. Brown has been featured on the cover of Dance Teacher Magazine (August 2015) and Co-Directed the Social Dances: Jazz to Hip-Hop program with Moncell Durden at The Jacob’s Pillow School. She has performed at the 2015 TED Conference in Vancouver, Canada and given talks at both TEDxBeaconStreet and TEDx Estée Lauder Companies. Ms. Brown’s TED talk on the influence of African and African-American social dance in the United States is on TED.com and TED-Ed.

She is currently developing her new work, “ink”- the final installation of the identity trilogy (“Mr. TOL E. RAncE,” “BLACK GIRL: Linguistic Play”). Drawing on historic and contemporary rhythms, rituals, and gestural vocabulary of the African Diaspora, and the comic superhero trope prevalent in heroic American folklore, “ink” will combine dance, music, body and instrument to examine Hip-Hop as a social and cultural phenomenon through time.

Ms. Brown is a graduate of the LaGuardia High School of the Performing Arts and received a B.F.A. from the University of North Carolina School of the Arts.

Read More About Camille A. Brown

NOPACTalent acts as a Celebrity Speakers Bureau and Athlete Booking agency for corporate functions, appearances, private events and speaking engagements. NOPACTalent does not claim or represent itself as Camille A. Brown’s speakers bureau, agent, manager or management company for Camille A. Brown or any celebrity on this website. NOPACTalent represents organizations seeking to hire motivational speakers, athletes, celebrities and entertainers for private corporate events, celebrity endorsements, personal appearances, and speaking engagements.