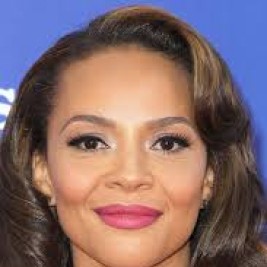 Businesses, Non-profit organizations, event planners and companies across the country have worked closely with our booking agents to hire Carmen Ejogo for a speaking engagements, guest appearances, product endorsements and corporate events. Many of those same clients have continued to turn to our speakers bureau as we can easily align Carmen Ejogo’s availability with their upcoming seminar, gala, annual conference, corporate function, and grand opening. Our close relationship with Carmen Ejogo’s booking agent and management team further enables us to provide inquiring clients with Carmen Ejogo’s speaking fee and appearance cost.

If your goal is to hire Carmen Ejogo to be your next keynote speaker or to be the next brand ambassador our celebrity speakers bureau can assist. If Carmen Ejogo’s booking fee is outside your companies budget or your unable to align with his appearance availability, our booking agents can provide you a list of talent that aligns with your event theme, budget and event date.

Carmen Ejogo is a British actress and singer. She began her career as a teenager in London, hosting the Saturday Disney morning show from 1993 to 1995. Her television and film credits include "Sally Hemings: An American Scandal," "Lackawanna Blues," "The Brave One" and "Sparkle."

Ejogo has appeared as civil rights activist Coretta Scott King in two films: "Boycott" and "Selma." While preparing for the role in "Boycott," she met with King. Ejogo was given King's blessing for her portrayal.

Ejogo has been involved in the music industry, having collaborated with several artists since the 1990s. She presented The Carmen Ejogo Video Show, her own video show on BSB's Power Station channel.

She wrote and sang lead vocals on the song "Candles" by English drum 'n' bass DJ Alex Reece — she appeared in the music video and is listed in the production credits as "Carmen." Ejogo also sang vocals and duets with ex-husband Tricky on a song called "Slowly." She sang vocals for the film "Love's Labour's Lost."

Aside from "Candles," Ejogo appears on four songs of the Sparkle original soundtrack album from the movie of the same name, singing lead on "Yes I Do" (as a solo), and lead vocals with Jordin Sparks and Tika Sumpter singing backup on "Jump," "Hooked On Your Love" and "Something He Can Feel."