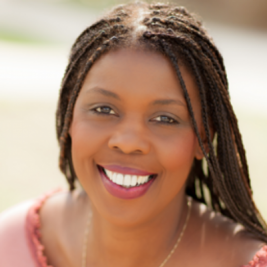 Businesses, Non-profit organizations, event planners and companies across the country have worked closely with our booking agents to hire Star Parker for a speaking engagements, guest appearances, product endorsements and corporate events. Many of those same clients have continued to turn to our speakers bureau as we can easily align Star Parker’s availability with their upcoming seminar, gala, annual conference, corporate function, and grand opening. Our close relationship with Star Parker’s booking agent and management team further enables us to provide inquiring clients with Star Parker’s speaking fee and appearance cost.

If your goal is to hire Star Parker to be your next keynote speaker or to be the next brand ambassador our celebrity speakers bureau can assist. If Star Parker’s booking fee is outside your companies budget or your unable to align with his appearance availability, our booking agents can provide you a list of talent that aligns with your event theme, budget and event date.

Star Parker is at the forefront of the African-American movement to motivate and lead others away from the lies of the culture to a life full of grace and truth.

Star Parker is the founder and president of CURE, the Coalition on Urban Renewal & Education, a non-profit organization that provides a voice of reason on issues of race and poverty in the media, inner city neighborhoods, and public policy.

Prior to her involvement in social activism, Star Parker was a single welfare mother in Los Angeles, California. After receiving Christ, Star returned to college, received a BS degree in marketing and launched an urban Christian magazine. The 1992 Los Angeles riots destroyed her business, yet served as a springboard for her focus on faith and market based alternatives to empower the lives of the poor.

As a social policy consultant, Star Parker gives regular testimony before the United States Congress, and is a national expert on major television and radio shows across the country. Currently, Star is a nationally syndicated columnist for Scripps/Howard News Service. She is also a regular commentator on CNN, MSNBC, CBNC, and FOX News. She has debated Jesse Jackson on BET; fought for school choice on Larry King Live; and defended welfare reform on the Oprah Winfrey Show.

Nationwide, Star shares her story and policy suggestions through college and church lectures, community outreaches, and empowerment conferences for inner city pastors. Major accomplishments include speaking at the 1996 Republican National Convention and co-producing a documentary on welfare reform with the BBC in London.