Search Buzz Aldrin
Second Man to Walk on the Moon 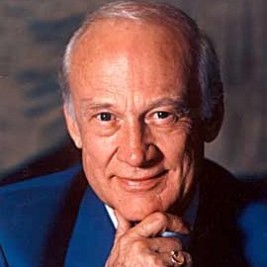 Businesses, Non-profit organizations, event planners and companies across the country have worked closely with our booking agents to hire Buzz Aldrin for a speaking engagements, guest appearances, product endorsements and corporate events. Many of those same clients have continued to turn to our speakers bureau as we can easily align Buzz Aldrin’s availability with their upcoming seminar, gala, annual conference, corporate function, and grand opening. Our close relationship with Buzz Aldrin’s booking agent and management team further enables us to provide inquiring clients with Buzz Aldrin’s speaking fee and appearance cost.

If your goal is to hire Buzz Aldrin to be your next keynote speaker or to be the next brand ambassador our celebrity speakers bureau can assist. If Buzz Aldrin’s booking fee is outside your companies budget or your unable to align with his appearance availability, our booking agents can provide you a list of talent that aligns with your event theme, budget and event date.

Buzz Aldrin was born in Montclair, New Jersey on January 20, 1930. His mother, Marion Moon, was the daughter of an Army Chaplain. His father, Edwin Eugene Aldrin, was a Colonel in the Air Force, a ScD from the Massachusetts Institute of Technology (MIT), and an aviation pioneer. Buzz was educated at the US Military Academy at West Point, graduating third in his class with a BS in mechanical engineering. He then joined the Air Force where he flew F86 Sabre Jets in 66 combat missions in Korea, shot down two MIG-15's, and was decorated with the Distinguished Flying Cross. After a tour of duty in Germany flying F100's, he went on to earn his Doctorate of Science in Astronautics at MIT and wrote his thesis on Manned Orbital Rendezvous.

Selected by NASA in 1963 into the third group of astronauts, Aldrin was the first with a doctorate and became known as "Dr. Rendezvous." The docking and rendezvous techniques he devised for spacecraft in Earth and lunar orbit became critical to the success of the Gemini and Apollo programs, and are still used today. He also pioneered underwater training techniques, as a substitute for zero gravity flights, to simulate spacewalking. In 1966 on the Gemini 12 orbital mission, Buzz performed the world's first successful spacewalk, overcoming prior difficulties experienced by Americans and Russians during extra-vehicular activity (EVA), and setting a new EVA record of 5 and a half hours. On July 20, 1969, Buzz and Neil Armstrong made their historic Apollo 11 moonwalk, becoming the first two humans to set foot on another world. They spent 21 hours on the lunar surface and returned with 46 pounds of moon rocks. An estimated 600 million people -- at that time, the world's largest television audience in history -- witnessed this unprecedented heroic endeavor.

Upon returning from the moon, Buzz was decorated with the Presidential Medal of Freedom, the highest American peacetime award. A 45-day international goodwill tour followed, where he received numerous distinguished awards and medals from 23 other countries. Named after Buzz are Asteroid "6470 Aldrin" and the "Aldrin Crater" on the moon. Buzz and his Apollo 11 crew have four "stars" on each corner of Hollywood and Vine streets on the renowned Hollywood Walk of Fame.

Since retiring from NASA and the Air Force, Col. Aldrin has remained at the forefront of efforts to ensure America's continued leadership in human space exploration. He devised a master plan for missions to Mars known as the "Aldrin Mars Cycler" -- a spacecraft system with perpetual cycling orbits between Earth and Mars. Dr. Aldrin has received three US patents for his schematics of a modular space station, Starbooster reusable rockets, and multi-crew modules for space flight. He founded Starcraft Boosters, Inc., a rocket design company, and the ShareSpace Foundation, a nonprofit devoted to advancing space education, exploration and affordable space flight experiences for all. In June of 2011 Buzz started a new company, Buzz Aldrin Enterprises, LLC to promote his brand and oversee all aspects of his public appearances, media, licensing, endorsements and efforts to promote the future of the space program.

On November 16, 2011, Dr. Aldrin was awarded the Congressional Gold Medal, the nation's highest civilian honor, along with the other Apollo 11 crew members, Neil Armstrong and Michael Collins, and Mercury Seven astronaut, John Glenn, for their significant contribution to society and for blazing the trail of exploration.

Dr. Aldrin is an author of seven books including his New York Times best selling autobiography entitled, "Magnificent Desolation," which was released in 2009 just before the 40th Anniversary of the Apollo XI moon landing. He also released the memoir "Mission to Mars: My Vision for Space Exploration" in 2013. He continues to inspire today's youth with his illustrated children's books: "Reaching for the Moon," another New York Times best-seller, and "Look to the Stars." He has also authored two space science-fact-fiction novels: "The Return" and "Encounter with Tiber." His non-fiction works include the best-seller historical documentary, "Men from Earth," and an early 1970's autobiography, "Return to Earth."

As one of the leading space exploration advocates, Buzz continues to chart a course for future space travel from Planet Earth to the moon and on to the stars.